The decision to launch the toll-free number was taken during a meeting of the BJP leadership last month in New Delhi where strategies for the state Assembly polls were discussed. 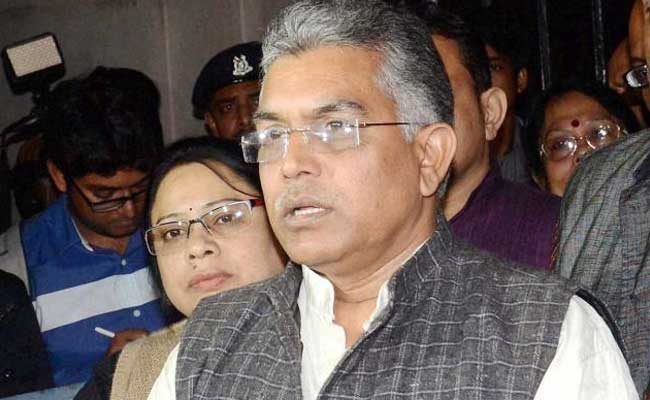 The BJP's West Bengal unit on Wednesday launched a toll-free number where people can call and register their complaints of corruption against the Trinamool Congress government in the state.

State BJP president Dilip Ghosh launched the programme, christened as "Durnitir Birudhe (against corruption), ahead of the 2021 Assembly election in the state.

"People of the state are suffering due to large-scale corruption of the TMC. Those who have complaints regarding corruption against the TMC government or TMC leaders can call our toll free number and register their grievances," Mr Ghosh told reporters.

The decision to launch the toll-free number was taken during a meeting of the BJP leadership last month in New Delhi where strategies for the state Assembly polls were discussed.

The BJP MP alleged that there were "large-scale irregularities" over the distribution of monetary compensation to those whose houses were damaged in cyclone Amphan that ravaged the state in mid-May.

"It is a huge scam. Large-scale irregularities took place and the administration was just a mute spectator," he claimed.

A section of the cyclone victims and opposition parties have been alleging that many Trinamool leaders and their relatives received monetary compensation from the state government though their houses were not damaged in the cyclone.

Protests over alleged lapses in the distribution of monetary compensation were held in the past few weeks in cyclone affected districts such as Purba Medinipur, North 24 Parganas, South 24 Parganas, Nadia and Howrah.

Several local-level Trinamool leaders have also been expelled from the party for their alleged involvement in these irregularities.

Arvind Kejriwal's Party To Contest All Seats In Karnataka Election