The Trinamool Congress and Congress alleged that Dilip Ghosh was present in the Kharagpur Sadar assembly segment and addressed media despite not being a voter of the constituency. 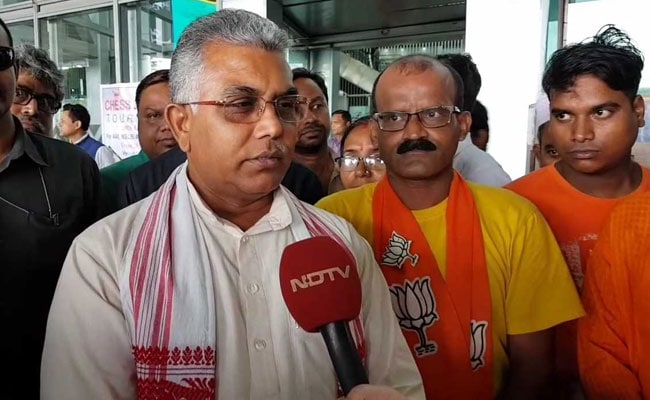 "I have not violated the poll code and have all necessary permissions," Dilip Ghosh said. (File)

West Bengal BJP president Dilip Ghosh was accused of violating the model code of conduct during the Kharagpur bypolls by the Trinamool Congress and the Congress on Monday.

The parties alleged that the BJP leader was present in the Kharagpur Sadar assembly segment and addressed media despite not being a voter of the constituency.

The Trinamool Congress and the Congress filed a complaint in this regard with the Election Comssion on Monday evening.

"Dilip Ghosh is no longer an MLA. He is an MP now and is not even a voter of Kharagpur. So what  was was doing managing party control room?  Did he take permission from the Election Commission for staying at Kharagpur? The answer is no. For the entire day he kept on giving bites to television channels just to vitiate the poll atmosphere," Trinamool Congress' Pradip Sarkar told reporters.

The Election Commission said that it is looking into the complaint.