"Indu Sarkar" is directed by Madhur Bhandarkar and the film covers the declaration of the Emergency in the 70s by former PM Indira Gandhi. Congress wants a screening of the film before its release. 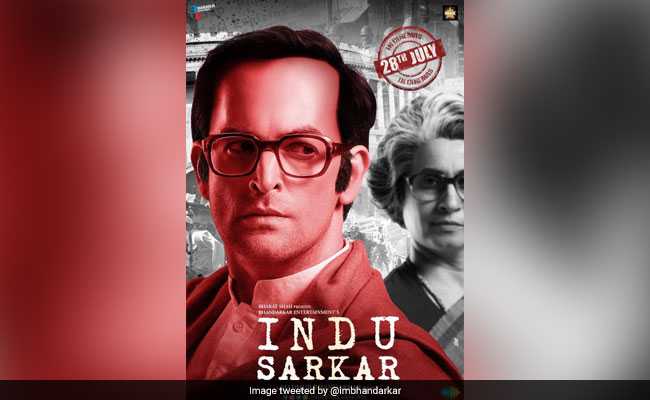 A film on the Emergency titled "Indu Sarkar" must be screened for the Congress ahead of its release this month, party leader Sanajay Nirupam has said, adding that the Congress would like to "ensure that our leaders are not shown in a bad light". Mr Nirupam has made his petition in a letter sent on Tuesday to Pahlaj Nihalani , the head of the Central Board of Film Certification (CBFC), which has yet to review and certify the movie, which is scheduled to release on July 28.

"Indu Sarkar" is directed by Madhur Bhandarkar and stars Supriya Vinod as former Prime Minister Indira Gandhi. The film covers the declaration of the Emergency in the 70s by Mrs Gandhi when civil rights were suspended, the freedom of the press was curtailed, and hundreds of opposition leaders were jailed.

In his letter sent yesterday to Mr Nihalani, Mr Nirupam has raised concerns about the Madhur Bhandarkar film saying that the movie trailer depicts characters that resemble Congress leaders Indira Gandhi, Sanjay Gandhi and others.

Mr Nirupam's letter says, "The trailer of the film says it is a film on Emergency and hence we can see the likes of our beloved leaders like Indira Gandhi ji, Sanjay Gandhiji & senior leaders of Indian National Congress. We therefore want to be certain that our leaders are not shown in bad light & hence would like to see the film before it is censored."

Mr Bhandarkar told NDTV that the Congress leader has not sent a copy of the letter to him.  He said he does not intend to organise a special screening for the party or Mr Nirupam. "No, I don't intend to... everyday, somebody comes up with some problem," he said.

Travellers From India To Get Direct Saudi Entry As Covid Curbs Eased: Report