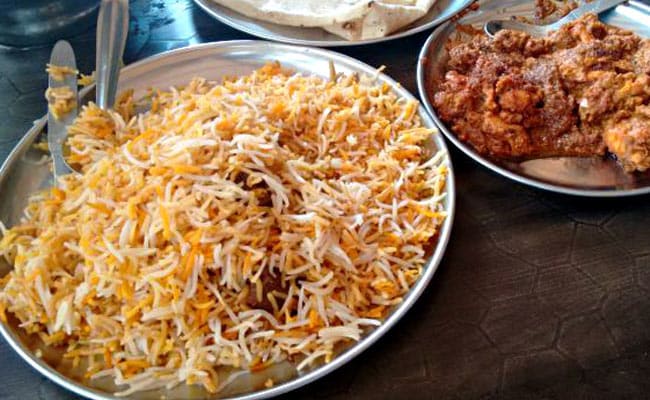 Mewat, Haryana: The police in Haryana's Mewat have found beef in the biryani they have been collecting over the past few days, sources say.

That most of the biryani samples have beef was reportedly confirmed by a lab at Hisar University.

However, a senior Haryana police officer said they were yet to get the report.

Acting on a complaint by the newly formed Gau Seva Ayog, set up by the state government to prevent cow slaughter, police had seized seven samples of biryani from roadside eateries on August 28.

One biryani seller whose samples were seized by the police told NDTV on Thursday that he used buffalo and chicken meat and not beef.

The biryani checks, days ahead of Eid festival, have astonished many who have questioned whether the police should be focusing on other crimes in the state which sees the second largest number of complaints to the police.

State Minister Anil Vij on Thursday justified the move, saying: "They (police) are in charge of implementing the law. It is part of their duty to check that beef is not consumed, as it is illegal in India."

"There is no reason to suspect the lab report as it is a state of the art of lab," he added.

Festivals like Bakr-Id mean big business for around 10 thousand roadside biryani sellers and restaurant owners in Mewat, the state's only Muslim-dominated district, but the unprecedented checks have unnerved them.

The chief of the Haryana Cow Welfare Commission, Bhani Ram Mangla, visited Mewat on Tuesday and instructed the police to make sure no beef biryani is sold.

The cow protection body claims it has received several complaints that biryani is being served here with chunks of beef.

Promoted
Listen to the latest songs, only on JioSaavn.com
"The police have been directed to collect samples of biryani from villages where it is being sold and check which meat has been used to prepare it," said Bharti Arora, a police officer in the special task force for cow protection.