Traditionally the ceremony concludes with the hymn ''Abide With Me'', said to be a favourite of Mahatma Gandhi and written by Scottish Anglican Henry Francis Lyte. 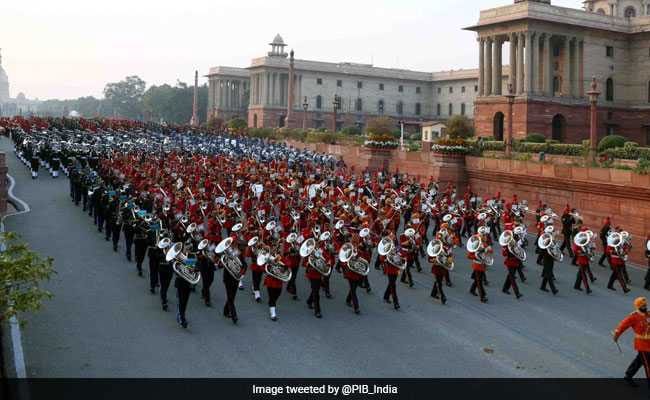 The iconic Beating Retreat ceremony at Vijay Chowk on January 29 is likely to end with ''Vande Mataram'', sources said on Monday.

Traditionally the ceremony concludes with the hymn ''Abide With Me'', said to be a favourite of Mahatma Gandhi and written by Scottish Anglican Henry Francis Lyte.

It was the only western tune played at the event last year. However, it is not known whether the hymn will be included this year in the ceremony.

"Annually, the hymn ''Abide With Me'' is played by brass bands of the three forces, and at the playing of its last note, the lights at the Raisina Hill turn on, marking the end of the ceremony. After that the principal conductor of the ceremony seeks permission of the President to close the ceremony and then the bands retreat to the "Sare Jahan se Acha," a senior official said.

The Raisina Hill complex consists the Rashtrapati Bhawan, the North Block and the South Block, besides Parliament House and other buildings.

The sources said the Beating Retreat ceremony this year will end with ''Vande Mataram''.

"It is felt that ''Vande Mataram'' will add a greater sense of ''swadeshi'' element and patriotism," a source said.

Last year, 18 military bands, 15 pipe and drum bands from regimental centres and battalions had participated in the ceremony.