The Mumbai Police released a short film created by Rohit Shetty to promote awareness about its Nirbhaya Squad, which was officially launched today to tackle crime against women in the city. 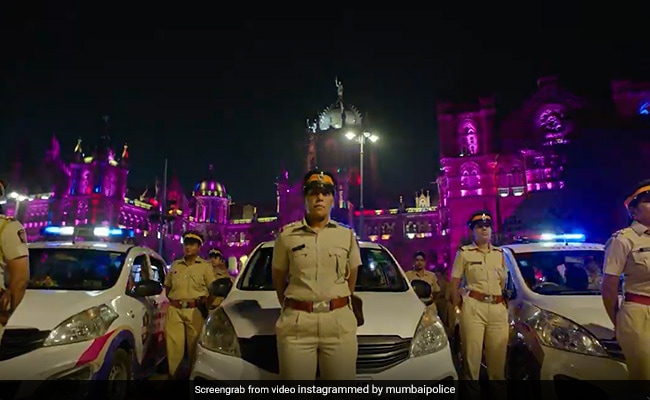 The Mumbai police have formed a special squad consisting of women officials.

The Mumbai Police, known for often using creative posts for its awareness campaigns, has come out with another gem - this time in collaboration with actor Amitabh Bachchan and filmmaker Rohit Shetty.

With the message "Fearless women - a trademark of Mumbai!", the Mumbai Police released a short film created by Rohit Shetty to promote awareness about its Nirbhaya Squad, which was officially launched today to tackle crime against women in the city.

The Mumbai police had formed the special squad consisting of women officials to prevent sexual harassment and other crimes against women. The helpline number '103' has been made operational in this regard.

Fearless women - a trademark of Mumbai!

And now a dedicated squad, which is a reflection of the fearlessness amongst the women in this city - Nirbhaya Squad.#NirhbhayaHelpline103#NirbhayRepublic#NidarRepublicpic.twitter.com/QExkRPDZXL

The squad was formally launched this afternoon in the presence of Maharashtra Minister Dilip Walse Patil during a program at the Mumbai Police Commissioner's office. Maharashtra Chief Minister Uddhav Thackeray also joined the launch through video conferencing.

Filmmaker Rohit Shetty, who has created the short film for the Mumbai Police, was also present on the occasion and donated Rs 50 lakh for the initiative.

The 2-minute film, posted on YouTube and social media handles, starts with Mr Bachchan's voiceover who talks about the courage of women while facing difficult situations. It features different women facing harassment by men at various public places and on the streets in Mumbai, following which they immediately dial the Nirbhaya Squad helpline number '103'.

The video shows cops of the Nirbhaya Squad rushing to the aid of the women in their patrolling cars and even in civilian clothes as soon as they get the call. The cops then arrest the men who were shown harassing the women in the video.

With the caption "Laangh Ke Ab Tu Laxman Rekha, Ban Nidar, Ban Nirbhaya!" (Cross the boundary and become fearless, courageous), the video ends with a clip of hundreds of Nirbhaya Squad members stationed next to their patrolling cars.

Several actors such as Anupam Kher and Urmila Matondkar shared the video on social media platforms and lauded the Mumbai Police for the initiative.

The move to set up the Nirbhaya Squad came in the aftermath of the brutal rape and murder of a woman in suburban Sakinaka in 2021, which bore some similarity to the 2012 'Nirbhaya' gang-rape case of Delhi.

Each squad, set up at every police station, comprises a woman assistant inspector or sub-inspector, a woman constable, a male constable and a driver. The 'Mobile-5' vehicle of each police station has been assigned to this squad.