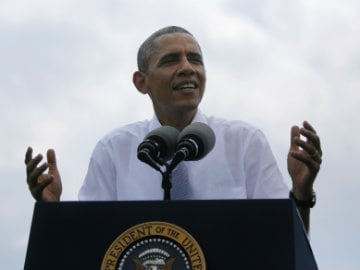 New Delhi: President Barack Obama is looking forward to meeting Prime Minister Narendra Modi in September, which will be a "valuable opportunity" to renew the strategic partnership and spur trade between the two countries, US Deputy Secretary of State William J Burns said on Thursday.

Mr Burns, who met External Affairs Minister Sushma Swaraj and Finance Minister Arun Jaitley, said there was huge potential for taking the ties further particularly in the area of trade where "we are just scratching the surface".

"I look forward tomorrow to meeting Modi...I know that President Obama looks very much to PM Modi's visit to the White House at the end of September," he said.

PM Modi will be travelling to Washington for his first summit meeting with President Obama.

The visiting US official said that the Modi-led BJP has won a very a strong mandate to invigorate India's development and its rise on the world stage.

Promoted
Listen to the latest songs, only on JioSaavn.com
"America has deep stake in India's success and PM Modi's success. As the world's two largest democracies and two of world's largest economies, USA and India share stake in each other's success in each. Our partnership can contribute enormously to a safer world," he said.