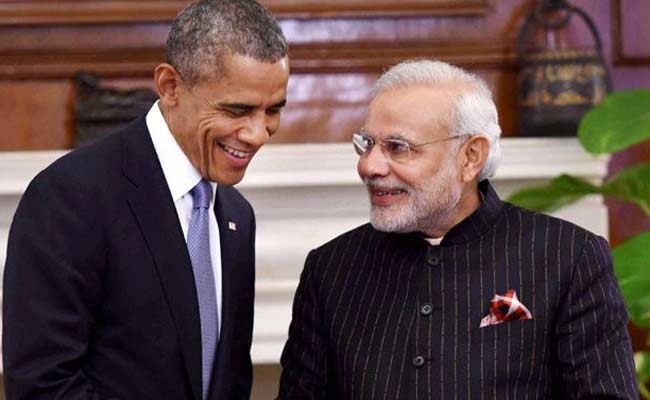 Barack Obama had met PM Modi on the sidelines of the summit in Paris. (File Photo)

New Delhi: US President Barack Obama today spoke to Prime Minister Narendra Modi thanking him for his leadership, saying India played a "critical role" at the climate change summit in Paris which ensured the event was a "historic success."

During the telephone call, "The US President, Mr. Barack Obama, has thanked Prime Minister, Shri Narendra Modi for his positive role and leadership in the successful outcome of COP 21," the Prime Minister's Office said.

The phone call from the American President came three days after 195 countries reached a deal to attempt to limit the rise in global temperatures to less than 2C at the climate change summit in Paris after two weeks of intense negotiations.

Barack Obama had met PM Modi on the sidelines of the summit in the French capital and also called him up on the PM's return to Delhi in the midst of hard negotiations in Paris.