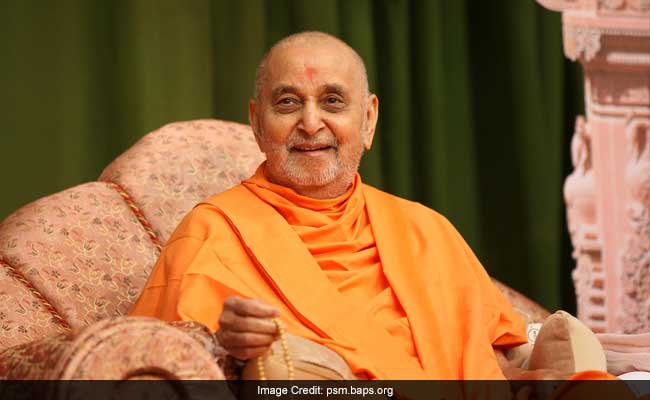 Pramukh Swami Maharaj is credited to have overseen construction of over 1,000 temples.

Ahmedabad: Spiritual head of BAPS Swaminarayan Sanstha, Pramukh Swami, has died. He was 95.

Prime Minister Narendra Modi paid rich tributes to the spiritual leader saying that "he was a mentor to me".

Pramukh Swami, who was ailing for some time, due to old age related problems and was under treatment at Sarangpur temple of the sect, breathed his last at 6 pm this evening.

He is credited to have overseen construction of over 1,000 temples including some grand ones like Akshardham in Gandhinagar and Delhi and had initiated over 800 youths to monkhood during his life time.

PM Modi tweeted that he was a stalwart among humans who embodied compassion and humility.

"HH (his Highness) Pramukh Swami Maharaj, a stalwart among humans, who embodied compassion and humility. His service to the society will always be remembered," PM Modi said in a tweet.

"HH Prmukh Swami Maharaj was a mentor to me. I will never forget my interactions with him. Will miss his presence," the Prime Minister said in another tweet.

Tweeting a photo along with the spiritual leader, Mr Shah said, "HH Shri Pramukh Swami Maharaj was a true source of inspiration. I was fortunate to have received his blessings."