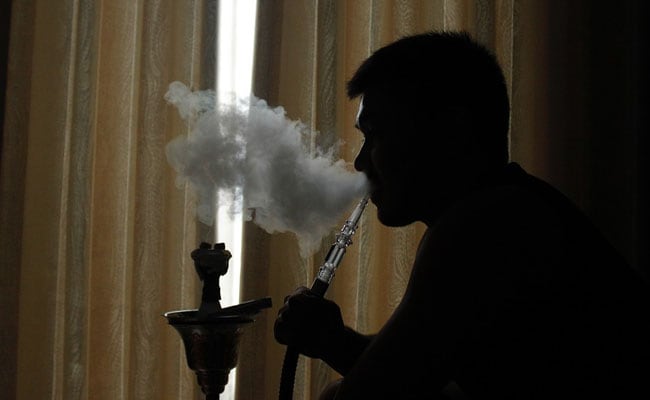 Petitioners say the blanket ban on hookah parlours breaches their constitutional right to earn a living.

The Maharashtra government on Monday told the Bombay High Court that its decision to ban hookah parlours in the state was taken in public interest.

Maharashtra's counsel SU Kamdar filed an affidavit in the court defending the Cigarettes and Other Tobacco Products (Prohibition) Act (COTPA), 2018 that prohibits any person from "owning or opening and running on behalf of someone else, a hookah parlour at anyplace in the state, including at eating houses".

"The Act was brought into effect after much deliberation to protect the larger public interest. Most hookah parlours are frequented by teenagers and college students," Mr Kamdar said.

"The Act protects minors from the health hazards caused by tobacco and other harmful chemicals used in the hookah," he added.

He told the bench that Maharashtra had received several representations from police, stating that it was unable to take action against illegal hookah parlours in the absence of a law.

Therefore, the statutory Act was brought into effect to take care of all the concerns, Mr Kamdar said.

The submissions were made before a bench of Chief Justice Naresh Patil and Justice MS Karnik.

On October 4, the Maharashtra government brought into effect a statutory amendment in the COTPA, 2003 to ban hookah parlours.

The Act is called the COTPA (Maharashtra Amendment) Act 2018 and was granted the President's assent in September.

The petitioners have challenged the new law arguing that it breaches their constitutional right to earn a living.

They have argued that while the Constitution permits the state to impose reasonable restrictions in the light of the greater public interest, in the present case, the state has not imposed curbs but instead, "entirely eliminated" their means of livelihood.

The high court is likely to continue hearing the arguments in the case next month.