The country exported buffalo meat worth Rs 26,000 crore and Rs 35,000 crore leather and leather products in 2016-17 fiscal. About 35 lakh people are engaged in these industries. 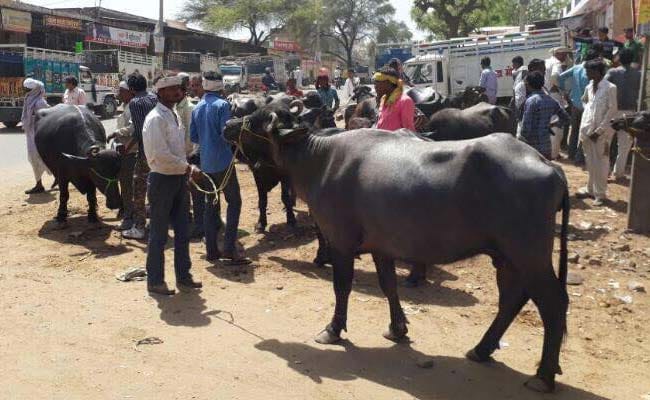 Last week, sale and purchase of cattle from animal markets for slaughter was banned.

New Delhi: India's beef exports and leather sector is likely to be affected due to the government's ban on the trade of cattle for slaughter and industry will seek revocation of the decision.

The country exported buffalo meat worth Rs 26,000 crore and Rs 35,000 crore leather and leather products in 2016-17 fiscal. About 35 lakh people are engaged in these industries.

Last week, the Environment Ministry had notified ban on sale and purchase of cattle from animal markets for slaughter and also prohibited any cruel practices on them.

"The decision will have implications on meat exports as well as on the availability of raw material for the domestic industry. We will ask the government to reconsider the decision," Council for Leather Exports former chairman Rafeeq Ahmed told Press Trust of India.

However, top exporters body Federation of Indian Exports Organisation (FIEO) Director General Ajay Sahai said, "There will be slight impact on exports as cattles are normally purchased directly from farmers and not from animal markets."

FIEO is studying the complete impact of the decision, he added.

Stating that the decision will hit farmers badly, All India Meat and Livestock Exporters Association Spokesperson Fauzan Alavi had last week said that a large number of farmers bring their "unproductive" cattle to the markets for sale.

"It is the unproductive cattle, which arrives in large number for sale in these markets, as their feasibility virtually cease to exist, while the per day maintenance cost goes up.

"The high yielding milching animals rarely arrive at the cattle market for sale. The per day cost incurred on a buffalo ranges from Rs 125 to Rs 150, while the general price of the milk sold is Rs 40 per litre. If the per day milk production dips, then gradually the cattle becomes unproductive," he had said.
Comments
beef bancattle trade banIndia's beef exportsIndia's leather sector