Umer Ahmed Ilyasi condemned the recent mob fury and lynchings over the suspicion of carrying/consuming beef, and said that taking the law into one's hands was not good. 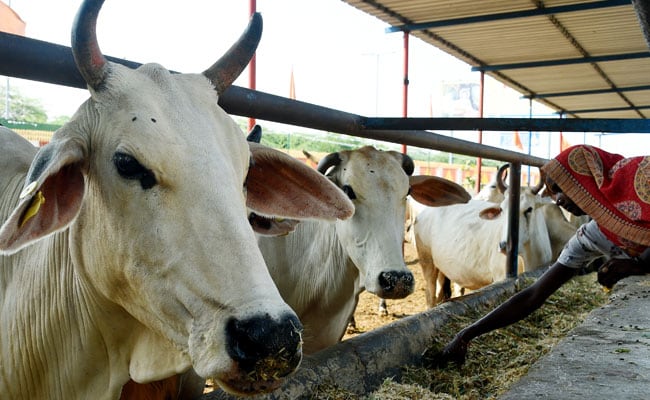 Indore: Demanding a nationwide ban on cow slaughter, chief imam or cleric of the All India Imam Organisation (AIIO) Umer Ahmed Ilyasi on Saturday said that cow should be declared as a "national animal".

He also said that religious sentiments of a group towards cow should be respected.

"Beef is openly consumed in Kerala, Goa and northeastern states, whereas there is a ban on it in some states. We want that there should be a uniform law in the country that will ban the slaughter of cows. Besides that, cow should be declared as a national animal," Mr Ilyasi told reporters in Indore.

"Cow is a matter of faith for a religious group and all other communities should respect it," he added.

He, however, condemned the recent mob fury and lynchings over the suspicion of carrying/consuming beef, and said that taking the law into one's hands was not good.

Promoted
Listen to the latest songs, only on JioSaavn.com
"I don't find anything wrong in someone's glorification. We should come out of such petty mindset," he added. He said the controversial Ram temple issue should be resolved through a dialogue between the members of Hindu and Muslim communities as has been suggested by the top court. The imams and priests should be engaged in these dialogues as well, he said.

To a query on the practice of 'triple talaq', he said that it could not be overlooked that women have faced injustice. "Instead of going for talaq, the society needs to strengthen the bonds of nikah," he said. To press his point, he said that imams had met in Delhi and advocated for incorporating an interlocutor in nikahnama (Muslim marriage contract) to iron out differences between husband and wife.