Protesters Vacated From Site In UP, Officials Say No Force Used

"We did not use any force to remove the protesters. The elderly people, including a mentally unsound person, were sent to their homes," the Baghpat Additional District Magistrate said. 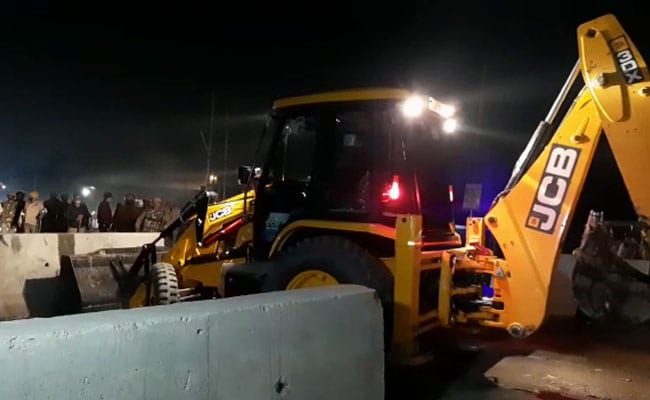 Baghpat officials said the protesters were vacated on a request from the NHAI.

The Baghpat administration on Wednesday night got a protest site vacated in the district after receiving a request from the National Highways Authority of India (NHAI) which said that it had to complete pending construction work.

Baghpat Additional District Magistrate Amit Kumar Singh said, "NHAI had written to us because their work was getting obstructed due to the protests. We had come here to get the site vacated. The protesters including a few elderly people left the site peacefully."

"We did not use any force to remove the protesters. The elderly people, including a mentally unsound person, were sent to their homes," he added.

On being asked by a reporter whether one of the persons got injured in the process of evacuation, the Additional District Magistrate denied that anyone got injured and said no force was used to vacate the site.