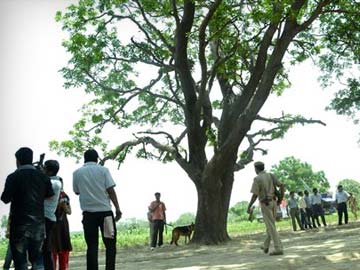 Police at the site of the murder of two teenage cousins in Badaun, UP. Associated Press

Two policemen arrested in the case were given bail two days ago.

The men were accused of rape and murder and were arrested soon after the girls, cousins aged 14 and 15, were found hanging, leading to national outrage. They have been in custody for 90 days, the maximum time that a person can be held in custody without being charged.

Forensic tests done at the reputed Hyderabad-based Centre for DNA Fingerprinting and Diagnostics have shown that the girls were not sexually abused. A preliminary report from a medical board has also said it is "highly unlikely" that the girls were raped.

CBI sources have emphasized that the agency's decision not to file a chargesheet at this stage does not mean it is giving a clean chit to anyone in the case.

Promoted
Listen to the latest songs, only on JioSaavn.com
It has conducted lie-detector tests on the accused men as well as the girls' families, who the investigators allege, are also not above suspicion.

The agency is investigating an allegation by the local police that the girls' murder was a case of honour killing.