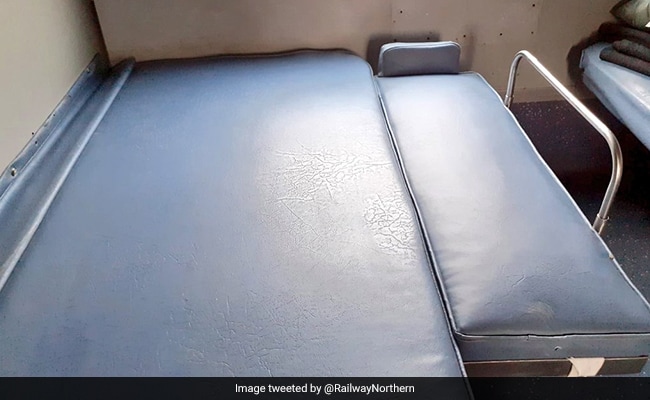 The Indian Railways has introduced foldable “baby berths” on select trains to make the railway journey of new mothers travelling with their infants more comfortable.

The initiative — a collaborative effort of the Northern Railway's Lucknow and Delhi divisions — was launched on a trial basis on Mother's Day (May 8) in an AC three-tier coach of Lucknow Mail 12230 on berths 12 and 60, to facilitate mothers to comfortably sleep with their babies.

The Northern Railway also tweeted about the same on its official handle and shared a few photos of the baby berth as well. The tweet added that the “fitted baby seat is foldable and secured with a stopper”.

The baby berth has been attached to the lower berth in such a way that the child does not fall off the seat while sleeping. It also has straps to secure the baby so that they don't fall off.

When the baby berth is not in use, a stopper underneath the lower berth holds it in place. To use it, the berth needs to be rotated to bring it to the same level as the lower berth after unlocking the stopper. To guarantee that the berth is safe, there is a slider that must be locked. The side-supporting railing must then be unfolded before the berth can be used.

When not in use, the same technique can be used in the reverse to ensure that the berth is fastened beneath the lower berth once more.

As per reports, at present, there is no mechanism by which a baby berth can be booked. However, a traveller can approach the on-board train ticket inspector to swap seats with someone who has been assigned a lower berth that has a baby berth attached to it.

If the initiative is a success, the railways will introduce such berths in all trains.