The Delhi High Court had passed the restraining order after Ramdev claimed that the book had defamatory content. 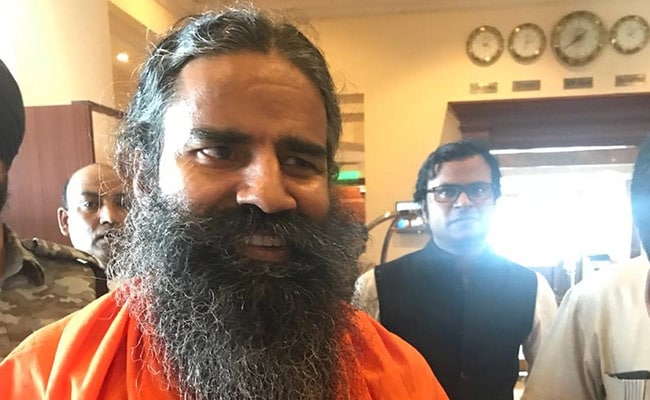 The Supreme Court Friday issued notice to Yoga guru Ramdev on a plea by a publisher challenging the Delhi High Court's verdict restraining sale and publication of a book purportedly on his life.

The high court had passed the restraining order after Ramdev claimed that the book had defamatory content.

The top court listed the matter for further hearing in first week of February next year.

"We will issue notice to Respondent 1 (Ramdev)," a bench of justices Madan B Lokur and Deepak Gupta said.

Earlier, Baba Ramdev had filed the plea in the high court against the book titled "Godman To Tycoon The Untold Story of Baba Ramdev", saying the book, purportedly on his life, had defamatory content and harmed his economic interests and reputation.

Senior advocate Kapil Sibal, appearing for the publisher, told the top court bench that there were "some significant" and "very interesting issues" in the matter.

The bench also asked why the publisher has made e-commerce websites Amazon India and Flipkart Internet Private Limited, which were earlier selling the book online, parties in the plea.

"Why do you want Amazon and Flipkart (as parties) unnecessarily in this," the bench asked and issued notice to Baba Ramdev only.

The high court in its September verdict, restraining the sale, publication and distribution of the book, had said the right to reputation of a living individual cannot be "crucified" at the "altar of the right to freedom of speech and expression" of another.

It had said the publisher was restrained from selling and publishing the book till the time the alleged objectionable portion was deleted.

Baba Ramdev had approached the high court to set aside a trial court order removing the ban on the publication and sale of the book.

In August last year, an additional civil judge had restrained the publisher from publishing and selling the book till further orders. It had also restrained Amazon India and Flipkart Internet Pvt Ltd from selling it online and stop its pending deliveries to buyers.

On April 28 this year, however, an additional senior civil judge or ASCJ had removed the ban.

The book is written by journalist Priyanka Pathak Narain.

The high court had restrained the publishing of the book, saying the person about whom the book is written is a "living human being" who was entitled to be treated with dignity.

It also said that the portions of the book "which make readers think that he is an ambitious villain", until so proved in the court of law, are necessarily to be restrained from being published and distributed for sale till disposal of the case pending before the lower court.

The book was released on July 29, 2017, and Baba Ramdev had approached the trial court on August 4 that year.

The high court had stayed an order of the ASCJ lifting the ban on publication and sale of the book. It had also granted interim relief to Baba Ramdev while hearing his plea challenging the ASCJ's order.

Baba Ramdev's counsel had claimed that the allegations in the book relating to the Yoga guru's life were incorrect.

The author, however, had told the high court that at the end of the book, there were extracts of the facts, including details of persons whom she had interviewed before writing the book.

The publisher had said the extracts of the material in the book were already in public domain since 2007 and Baba Ramdev had never raised any objection. The counsel said the entire record of the trial court has not been placed before the high court.