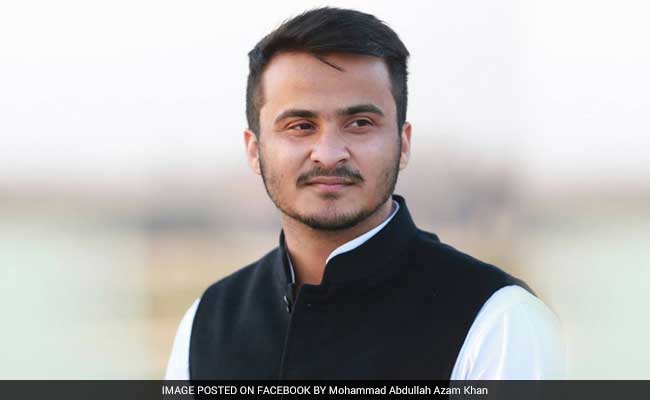 Samajwadi Party MP Mohmmad Azam Khan's son Mohammad Abdullah Azam Khan on Tuesday approached the Supreme Court challenging the Allahabad High Court verdict which annulled his election as an Uttar Pradesh MLA on the grounds that he was underage and not qualified to fight the polls in 2017.

The court on Monday declared his election from Suar assembly constituency in Rampur as null and void on a plea by defeated Bahujan Samaj Party (BSP) candidate Nawab Kazim Ali Khan.

Allowing Kazim Ali Khan's election petition, the court had ruled that Abdullah Azam Khan was not qualified to contest the election of the legislative assembly as he had not turned 25 when he filed the nomination papers for the 2017 polls.

In his election petition against Abdullah Khan in the court, Kazim Ali Khan had contended that the elected MLA's actual date of birth was January 1, 1993, and not September 30, 1990, as claimed in the nomination paper.

Abdullah Khan was elected as MLA on a Samajwadi Party ticket on March 11, 2017.

The unsuccessful Bahujan Samaj Party candidate from the Suar assembly segment, Kazim Ali Khan, had said in his election petition in the court that educational certificates, passport and visa of Abdullah Khan mentioned January 1, 1993, as the SP MLA's date of birth.

The court had unseated the Suar MLA after examining the entire facts as borne out of various documents, including the service record of Abdullah Khan's mother. It too had mentioned January 1, 1993, as his date of birth.

In its ruling, the court had directed its registrar general to intimate the substance of the verdict to the Election Commission of India and the Uttar Pradesh legislative assembly speaker to take follow-up actions.