Ayodhya: What Mamata Banerjee, Arvind Kejriwal And Others Said

Ayodhya Ram Mandir News: Prime Minister Narendra Modi did the bhumi pujan of Ram Mandir today. Ahead of the much-awaited ceremony, several political leaders tweeted about the mega event, which marks the beginning of the building of the Ram Mandir. 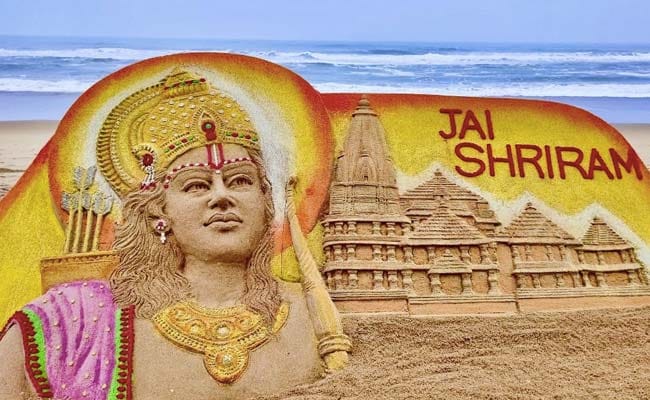 Prime Minister Narendra Modi is taking part in the ground-breaking ceremony for a new Ram temple in Ayodhya today. The ceremony, in which a 40 kg silver brick will be laid as a symbolic beginning of the construction, started at noon.

The construction of the temple has been hailed by most political parties, even some in the opposition and known to be the staunch critics PM Modi. Ahead of the much-awaited ceremony, several political leaders tweeted about the mega event.

Among the first to tweet was Congress' Priyanka Gandhi Vadra, who tweeted yesterday to say that Lord Ram is with everyone, and expressed hope that Wednesday's ceremony at Ram Janambhoomi will become an occasion for "national unity, fraternity and cultural congregation".

In Delhi, Chief Minister Arvind Kejriwal congratulated the people of the country.

"May the blessings of Lord Rama be with us. With his blessings, our country will get rid of hunger, illiteracy and poverty and make India the most powerful nation in the world. May India give direction to the world in times to come."

Some leaders, however, criticized what they called "politicization" of the event.

Rajya Sabha MP and Shiv Sena leader Priyanka Chaturvedi tweeted to say it is "unfortunate to see so much politics around it".

Reminder : Ram Mandir is a decision taken by the Supreme Court after hearing all sides. Also, that decision has been accepted without challenging it by even those who petitioned against it.

Unfortunate to see so much politics around it.

The Shiv Sena, which had been part of the temple movement, had not been invited to the event. Chief Minister Uddhav Thackeray, who had pitched for the temple construction earlier and visited Ayodhya, was left out of the guest list. The party had ended its 35-year alliance with the BJP after the Maharashtra assembly elections last year.

Bengal Chief Minister Mamata Banerjee did not mention the temple but underscored the need for national unity.

Our country has always upheld the age-old legacy of unity in diversity, and we must preserve this to our last breath! (1/2)

The guest list for the ceremony has been kept short in view of the coronavirus pandemic, the Ram Janmabhoomi Teerth Kshetra Trust, tasked with the temple building, has said. Around 150 people are present at today's ceremony, including guests, priests and securitymen.