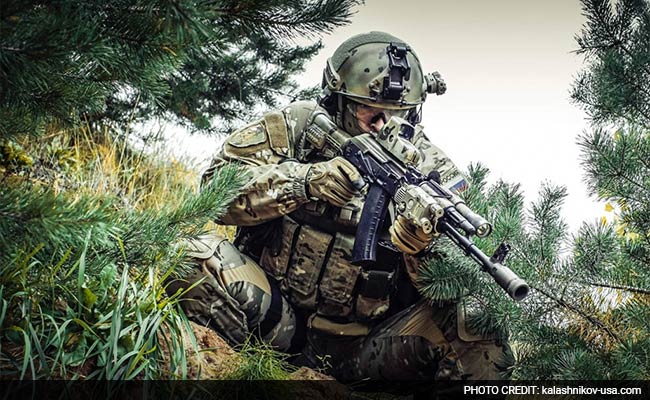 The Army had initially wanted a rifle with interchangeable barrels firing different calibres -- the 5.56-mm INSAS round and the 7.62-mm AK-47 round. (Representational Image)

New Delhi: As the Army works on its much-delayed programme to replace INSAS rifles, soldiers have come out with innovative ways to reduce overall length and weight of the existing weapons reducing fatigue and enhancing accuracy, besides enabling them to fire corner shots.

Impressed with the ingenuity, Prime Minister Narendra Modi has given an "innovation certificate" to the person who did it.

Though the army remained tightlipped about who the innovator was, sources said modified INSAS/AK-47 rifle for counter terrorist operations has been designed to reduce overall length and weight of existing weapons.

"The modification of INSAS/AK-47 weapon has been done to include corner shot capability. The modified weapon is more stable while firing, compact, easy to carry and has better accuracy," the sources said.

The Army had last year scrapped a four-year-old tender for purchasing 1.8 lakh multi-calibre weapons to replace INSAS, which was inducted in the 1990s.

It had initially wanted a rifle with interchangeable barrels firing different calibres -- the 5.56-mm INSAS round and the 7.62-mm AK-47 round.

However, none of the firms which had pitched for the contract could satisfy the Army, with sources saying the requirements were far too ambitious.

The bidders only had prototypes and no guns that were in service.