Last year in July, 55-year-old Malti Devi, a resident of Bahadurpur village in eastern Uttar Pradesh's Chandauli, was told by doctors in neighbouring Varanasi she had cancer. It was a shock that would have been too much to bear, but her son, 33-year-old Awadhesh Yadav, a soldier with the CRPF, told her not to lose hope. He promised to help her recover and get her the best possible treatment.

Till February till year, Ms Devi underwent seven chemotherapy sessions and has been told by doctors she will need more. Ten days ago, her son visited home for 24 hours - he was returning from training in Jharkhand s capital Ranchi to his place of posting, Jammu and Kashmir. Before he left home, Mr Yadav told his mother he would visit her soon.

Awadhesh Yadav was one of the 40 CRPF soldiers who died in the suicide car bombing in Pulwama. His body, like that of others, was not found intact. The coffin that came home only had some remains of Malti Devi's son.

"He was handling the expenses of her treatment. She fell very ill a few months ago. We called him home. He came and stayed with us then," says a teary eyed Harkesh Lal Yadav, the soldier's father. 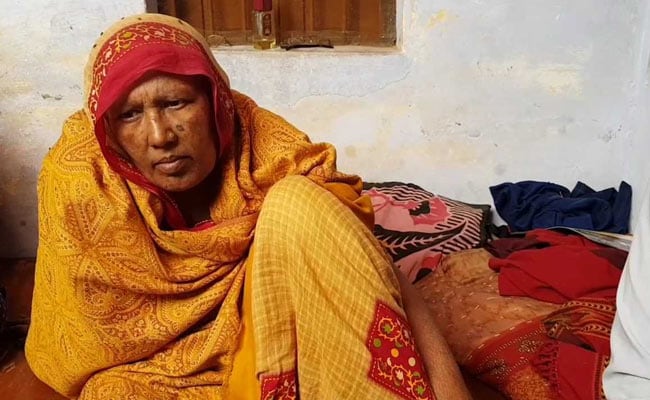 Till February till year, Malti Devi underwent seven chemotherapy sessions and has been told by doctors she will need more

Awadhesh Yadav joined the CRPF in 2009, and was the first member from his family to join the armed forces. He was fondly called "Bahadurpur ka Bahadur" at his village because of the bravery that's associated with a job in the armed forces.

The soldier leaves behind a young daughter, just 18 months old. His grief-stricken wife still refuses to come out of her room.

Malti Devi, however, said war is not a solution. "War is wrong because it's not only terrorists who will die. Other innocent people also die and that is wrong," she says, before looking away.