The Directorate General of Civil Aviation (DGCA) may ask Boeing to set up simulators in India to train pilots on the 737 MAX planes once it clears the aircraft as safe for flying. 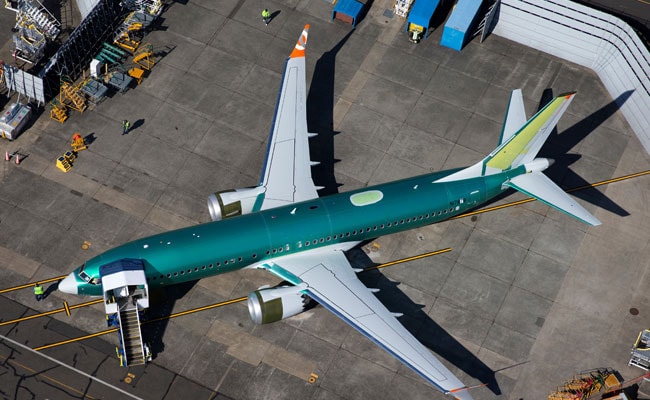 737 MAX has been grounded the world over since March in the aftermath of two fatal crashes in 5 months.

The aviation safety regulator may ask Boeing to set up simulators in India to train pilots on the 737 MAX planes once it clears the aircraft as safe for flying, a senior official with direct knowledge of the matter told Reuters.

The 737 MAX, the fastest-selling plane in Boeing's history, has been grounded the world over since March in the aftermath of two fatal crashes in five months that killed 346 people.

The Directorate General of Civil Aviation (DGCA) will also conduct an independent inspection of the grounded planes once they are cleared for flying by the US regulator, the Federal Aviation Administration (FAA).

"Once FAA re-certifies it and says these issues have been resolved then we will evaluate whether what they are saying is right or wrong ... We will carry out our own inspections," the official said, adding that it is unlikely the planes will fly in Indian skies until next year.

Boeing is making software changes and drawing up a new pilot training plan, and will need to conduct a key certification test flight to get the FAA's approval before it can put the planes back in the air. Some federal officials expect the test flight to be conducted in October.

"Later this year India will send a team. We would like to take a look at their flight data, some simulators will also be required for training pilots," the official said, adding it may ask Boeing to have simulators in India.

SpiceJet has about a dozen Boeing 737 MAX planes in its fleet and a total of 155 on order - among the largest single orders for the narrow-body plane.

Boeing has delivered some 385 737 MAX jets globally before the March grounding and has roughly 5,000 orders for the aircraft, a more fuel-efficient version of the manufacturer's best-selling single-aisle 737 series.

"Any Demolition Will Spoil Atmosphere": Gyanvapi Mosque Committee To Court