The decision to rename these cities was taken in the previous Maha Vikas Aghadi (MVA) government's last cabinet meeting chaired by the then chief minister Uddhav Thackeray. 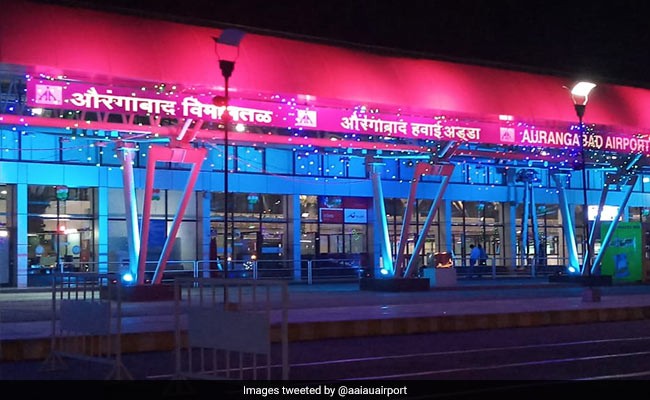 The decision to rename these cities was taken by Maha Vikas Aghadi (MVA) government.

The Eknath Shinde-led government in Maharashtra on Saturday gave a cabinet approval to rename Aurangabad and Osmanabad cities as Chhatrapati Sambhajinagar and Dharashiv respectively.

The decision to rename these cities was taken in the previous Maha Vikas Aghadi (MVA) government's last cabinet meeting chaired by the then chief minister Uddhav Thackeray on June 29, just before he resigned.

However, Mr Shinde and Deputy Chief Minister Devendra Fadnavis, who were sworn in on June 30, had said the Thackeray-led dispensation's decision to rename these places was illegal as it was taken by it after the governor had asked it to prove majority in the state Legislative Assembly.

During the cabinet meeting chaired by Mr Thackeray last month, Aurangabad was renamed as Sambhajinagar, but the Shinde government on Saturday added 'Chhatrapati' prefix to it.

At present Mr Shinde and Mr Fadnavis are the only two members in the cabinet as its expansion is still pending.

"The fresh proposal approved by the cabinet today will be sent to the Centre, after which the renaming of both the cities will be done at the divisional, district, taluka, municipal corporation and council levels," it said.

The cabinet also approved the decision to name the proposed Navi Mumbai International Airport after farmer leader DB Patil. This decision was also taken by the Thackeray-led cabinet last month.

The Chief Minister's Office statement said the administration was asked to submit a fresh proposal about the airport's name, which was approved on Saturday.

The Navi Mumbai airport is being developed as a greenfield airport spread over 1,160 hectares by the City and Industrial Development Corporation (CIDCO) under public-private partnership.

The MVA government comprising the Shiv Sena, NCP and Congress collapsed on June 29 after Thackeray resigned as chief minister, days after Mr Shinde raised a banner of revolt against the Sena leadership. Mr Shinde took oath as the chief minister the next day.