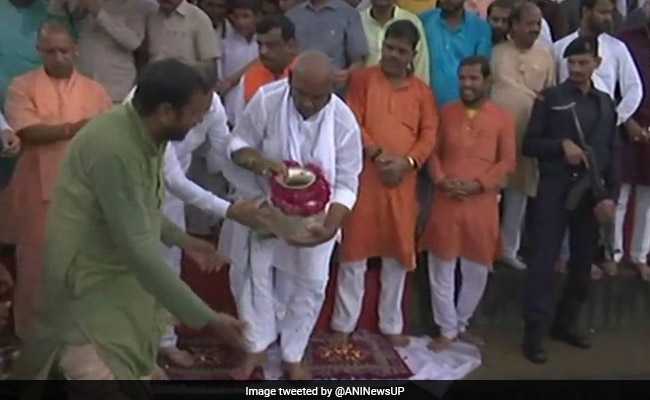 Atal Bihari Vajpayee's ashes were immersed in the Yamuna river in his native village of Bateshwar.

UP Chief Minister Yogi Adityanath on Saturday immersed the ashes of former Prime Minister Atal Bihari Vajpayee in the Yamuna river in his native village of Bateshwar, Agra.

Yogi Adityanath reached Bateshwar in a chopper and later drove to the Rani Ghat where the district administration had made elaborate arrangements. He first prayed at the temples on the banks of the river and then immersed the ashes.

The 60 square yard house is likely to be converted into a memorial and museum.

A small tourist circuit is also likely to be created here which will include a 'yagyashala', park, the series of temples and the Janglat Kothi where the Bharatiya Janata Party stalwart, as a child, had raised the banner of revolt against the British empire, the official added.