A grenade was thrown at a police vehicle at the bus stand, Jammu Senior Superintendent of Police Vivek Gupta said. He said three police personnel were injured in the attack. 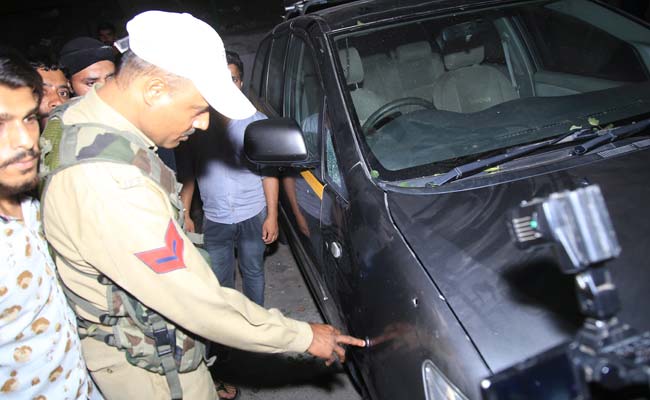 In the grenade attack in Jammu, 3 policemen were hospitalised (PTI)

Jammu/Srinagar: Three police personnel, including an SHO, were injured in a grenade attack by suspected terrorists at a bus stand in Jammu on Thursday night, while a similar attack took place at a CRPF camp in Srinagar in which no one was injured, police officials said. A grenade was thrown at a police vehicle at the bus stand, Jammu Senior Superintendent of Police Vivek Gupta told PTI. He said three police personnel were injured in the attack.

Two of them have been hospitalised, while the SHO received minor injuries, Mr Gupta said.

According to eyewitnesses, they were waiting for their bus to leave for New Delhi when a sudden blast took place and they ran for cover.

The police vehicle was probably the target but the grenade missed it and exploded near the vehicle, the witnesses said.

Soon a number of people gathered at the bus stand area and raised anti-Pakistan slogans.

The area has been cordoned off and searches launched to track down the suspected terrorists, the SSP said.

Meanwhile in Srinagar, terrorists on Thursday night hurled a grenade towards the CRPF camp but there was no loss of life in the incident, police said.

Terrorists lobbed a grenade on the CRPF camp at the Brari Pora in Nawakadal area of the city, a police official said.

Promoted
Listen to the latest songs, only on JioSaavn.com
The official said there was no loss of life due to the explosion.