More than 50,000 Indian-Americans attended the "Howdy, Modi!" event, the first of its scale, in Houston on Sunday. 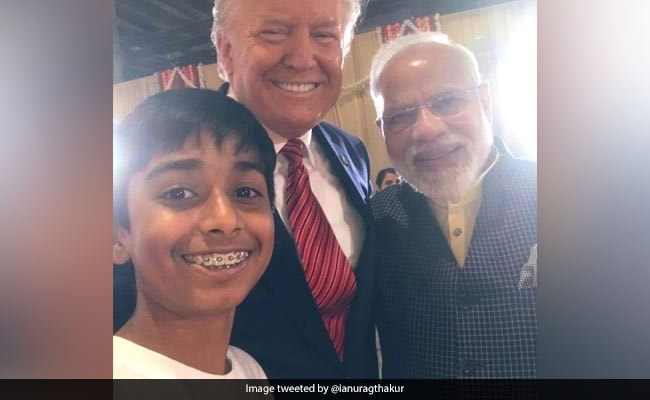 Prime Minister Narendra Modi and US President Donald Trump were interacting with some young performers at the "Howdy, Modi!" event on Sunday when a boy got an opportunity to click a selfie with the two world leaders, a photo he may like to cherish for a long time.

In a video shared by the PM's office, the two leaders are seen walking together when they stop for a brief interaction with some young performers who participated in the event. A young boy requests Mr Trump for a selfie. US President obliges him and asks PM Modi to pose for the picture.

The video, which was shared this morning, was liked by more than 19,000 users in less than two hours. "That kid got a selfie that most world leaders wouldn't get," wrote a user.

Many on the micro-blogging website called him a "lucky boy". "This guy has got a selfie of his life," wrote another user. 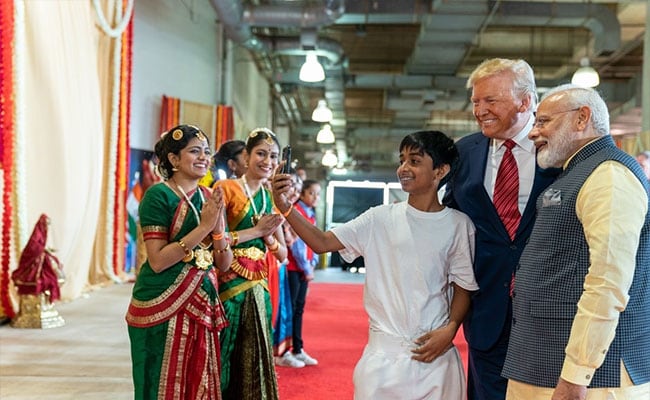 Responding to the video, BJP MP Anurag Thakur threw a challenge to the social media users. "Can you find that epic selfie? Let's see how connected we really are," he tweeted this morning.  Hours later, he shared the selfie saying: "A Selfie for Lifetime! Well done Tweeples you found it !"

A Selfie for Lifetime!

Well done Tweeples you found it !

More than 50,000 Indian-Americans attended the "Howdy, Modi!" event, the first of its scale, in Houston on Sunday. The event was organised at the one of the largest stadiums in US - the NRG Stadium.

Hours after the two world leaders shared stage at the event, PM Modi thanked Mr Trump in a tweet and said the US President has been a "steadfast friend of India".

In another tweet, he wrote: "Moments from Houston that will always remain a part of my memory. I thank all those who came for the #HowdyModi programme. The event was lively, showcasing the special features of Indian culture and accomplishments of the Indian diaspora."