The auction will be held on July 16, district officials said. 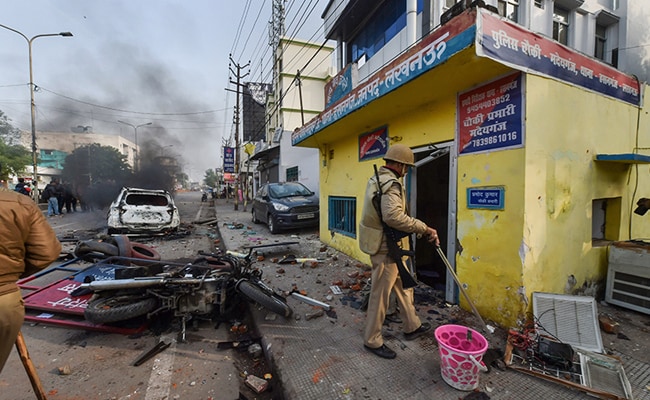 The Lucknow district administration will auction the movable properties of two men accused of vandalism during the anti-Citizenship Amendment Act (CAA) protests in December 2019, an official said on Thursday.

Lucknow District Magistrate Abhishek Prakash said the movable assets of Maahenoor Choudhary and Dharamveer Singh, who are accused of damaging properties during the anti-CAA protests, will be put up for auction on July 16.

On Tuesday, a garment and a junk store in Hasanganj area were attached.

Maahenoor Choudhary owned the junk store while Dharamveer Singh was the assistant manager at the garment store.

The attachments were done under the Uttar Pradesh Recovery of Damages to Public and Private property ordinance-2020 on orders passed by Additional District Magistrate (Tans Gomti) Vishwa Bhushan Mishra, a district administration official had said on Wednesday.

The protests against the CAA and the National Register of Citizens (NRC) turned violent in the city on December 19, 2019. The district administration assessed loss of crores to public property by acts of arson and brick batting.

The administration had sent recovery notices worth about Rs 1.55 crore to over 50 people for the damages allegedly done by them during the protests.

In March, the district administration displayed on hoarding the photographs and addresses of protesters, including those of Congress leader Sadaf Jafar, retired IPS SR Darapuri and activist Mohammad Shoaib.

After the spread of coronavirus and a suggestion from the Allahabad High Court, the Lucknow administration on March 20 had stopped all coercive actions such as the attachment of properties and arresting protesters to recover the damages.