Rahul Gandhi cited a news report that said Assam policemen beat up protesters and many of them were injured. 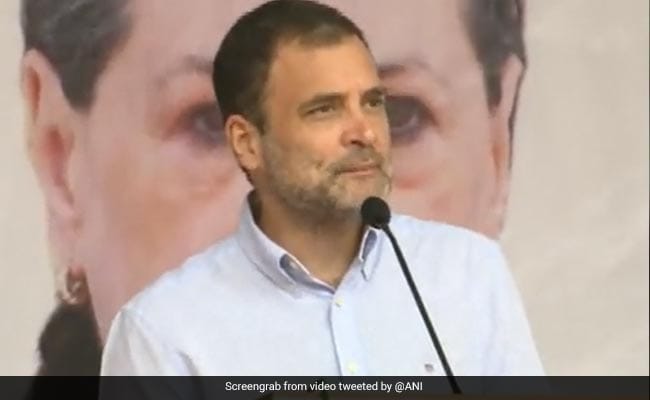 I stand in solidarity with our brothers and sisters in Assam, Rahul Gandhi (FILE)

Congress leader Rahul Gandhi on Thursday claimed that Assam is on "state-sponsored fire" after two persons were killed in police firing and nearly 20 injured during an eviction drive and a shocking video emerged of a man kicking an apparently dead person with a bullet wound on his chest and jumping over his body.

Mr Gandhi cited a news report that said Assam policemen beat up protesters and many of them were injured. The protesters were opposing the eviction drive when policemen opened fire at them, the report claimed.

"Assam is on state-sponsored fire. I stand in solidarity with our brothers and sisters in the state - no children of India deserve this," Mr Gandhi said on Twitter.

A public protest had erupted in Sipajhar in Darrang district over the demand for rehabilitation of nearly 800 families evicted from the land they were living on for decades. Darrang Superintendent of Police Sushanta Biswa Sarma, younger brother of Chief Minister Himanta Biswa Sarma, claimed the protesters, armed with sharp weapons, pelted the police personnel and others present with stones.

Police initially fired in air to disperse the protesters but failed, forcing the men in uniform to fire at people, killing two and injuring at least ten others. Around 10 more, including policemen, were also injured in clashes. Meanwhile, in the purported video of the incident that has gone viral on social media, a photographer named Bijay Shankar Baniya is seen kicking the person, presumably dead. The video shows hundreds of policemen firing at unseen targets from behind the trees, and the man in vest and lungi running on a dusty street. The photographer ran behind him until the time the men in uniform surrounded the man as gunshots rang in the background.

Baniya was seen being led out by a policeman, but soon returned, jumped over his body, and hit him with something he had picked up lying close by. He has been arrested.