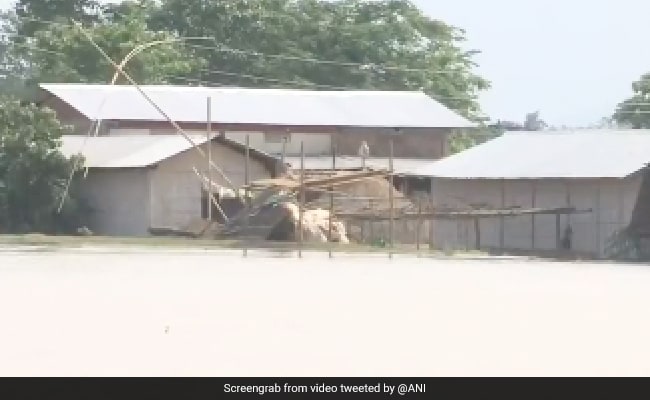 Assam Flood: People of Borkola and Dakhinpaat area have been forced to seek shelter.

The Assam State Disaster Management Authority (ASDMA) on Thursday informed that more than 2.88 lakh people of Nagaon district have been affected due to the first wave of flood and 147 villages under three revenue circles are currently under water.

As per reports, thousand of people of Borkola and Dakhinpaat area under Raha and Nagaon revenue circle have been rendered homeless after flood water entered their homes. This has forced them to move to safer places.

As per data, currently, 9,742.57 hectares of cropland in the district is under water.

The water level of the river has already crossed its highest mark and inundated new areas of the district.

Video: Bihar Thief Was Dangled From Train, Then Dragged Inside, Thrashed