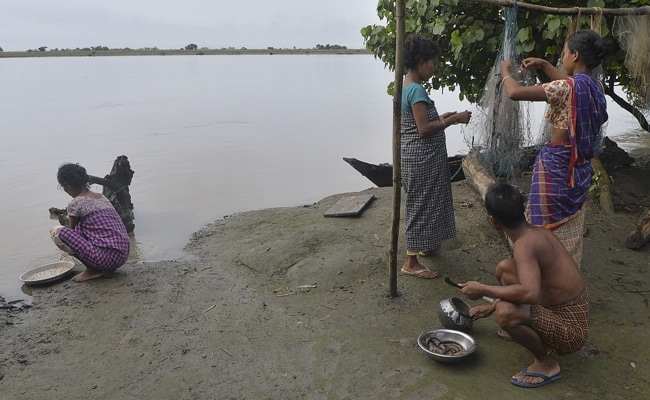 The Assam Congress has asked its legislator from Baghbor constituency, Sherman Ali Ahmed, to "restrain" from making any controversial comment on the establishment of a museum representing the people of the state's Char Chapori areas.

In a letter dated October 16, Mr Ahmed had asked the Directorate of Museums to "expedite the process of establishing" a museum depicting the art and culture of those living in the Char Chapori area. This 3,608 square kilometre area of sand bars and islands on the Brahmaputra in lower Assam is mostly inhabited by Bengali-speaking Muslims, most of who, of late, have been branded illegal immigrants, or "Miya" colloquially.

Mr Ahmed had faced sharp criticism for the letter and subsequent comments construed to be supporting a "Miya Museum". The ruling BJP is opposed to such a museum.

"Your such statement at this critical juncture on the eve of the upcoming Assembly election is unwanted. Therefore, you are hereby restrained not to make any further controversial statement from now onwards," Assam Pradesh Congress Committee President, Ripun Bora, instructed Mr Ahmed.

Mr Bora, however, did appreciate the MLA for raising the issue.

"Your letter…was in perfect order and you have done your duty as an MLA. But the recent controversy arose due to your reaction and statement made in media for a Miya Museum which was out of the content of your above letter," Mr Bora said.

He said such comments gave fodder to the "BJP and RSS to make serious controversy by dragging the name of the Congress party."