Ashok Gehlot: "Posts are not important to me. I will do whatever the high command decides," Ashok Gehlot said, adding that he has been on various posts for half a century now. 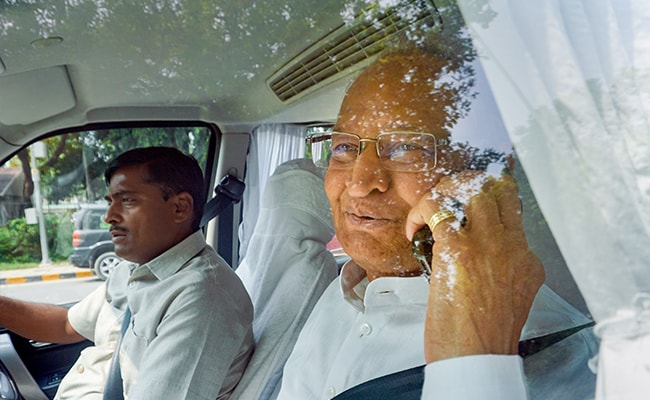 Ashok Gehlot said he has been on various posts for 50 years now, and they aren't important to him.

Soon after Leader of Opposition in Rajya Sabha Mallikarjun Kharge entered the race for Congress President as the "official" pick with the blessings of the Gandhis, Rajasthan Chief Minister Ashok Gehlot has said he will be a proposer for Mr Kharge in his nomination for the October 17 elections. Speaking to NDTV, he reiterated that the Rajasthan fiasco was his moral responsibility and that he has apologised for it.

"Posts are not important to me. I will do whatever the high command decides," he said, adding that he has been on various posts for half a century now.

Mr Gehlot, who was initially the pick of the Gandhis, withdrew from the race, taking moral responsibility of the recent public revolt of his loyalist MLAs in Rajasthan who wanted a say in deciding the next Chief Minister if Mr Gehlot was required to resign from the post to take over as party President.

The Rajasthan Chief Minister met with Congress interim President Sonia Gandhi yesterday, and handed over an apology letter to her before announcing his exit from the contest. He said Sonia Gandhi has told him the Gandhi family will be neutral in the party President election.

Targeting the BJP, he said there's a question mark on Indian democracy as central investigation agencies like the CBI and ED are being 'misused'.

After a late-night meeting, Congress veteran KC Venugopal had conveyed to Mr Kharge that the leadership wants him to contest, said sources, despite the Gandhis saying they would remain neutral.

Mr Gehlot was seen as the first choice of the Gandhis for the top post until his chances were damaged by the rebellion by his loyalists who said they would not accept Sachin Pilot, who had rebelled against him in 2020, as his replacement as the Chief Minister.