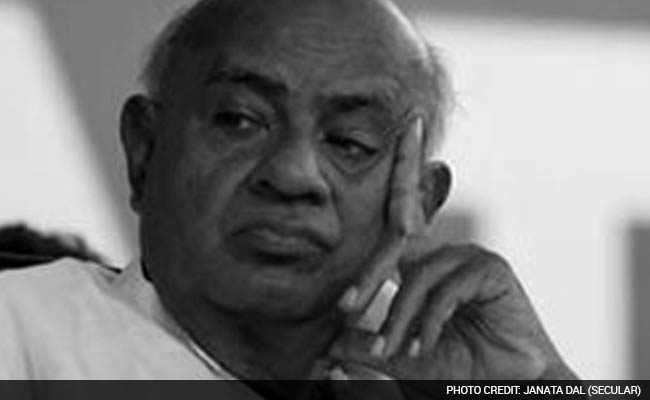 Former Prime Minister, HD Deve Gowda observed a fast at Jantar Mantar blaming the government for its negligence towards farmers.

New Delhi: Former Prime Minister HD Deve Gowda today has said that he is "ashamed" to sit in Parliament and has no interest to attend the monsoon session till the issue of farmers' suicide is taken up for discussion.

The Janata Dal Secular (JDS) leader observed a fast at Jantar Mantar blaming the government for its negligence towards farmers.

The former Prime Minister blamed both BJP and Congress for not letting the House run, as the past week has seen many disruptions in parliament in which the government has been able to transact little business. Opposition is demanding the resignation of three BJP leaders over the alleged proximity to tainted cricket administrator Lalit Modi and Vyapam scam.

"The corruption issue can be discussed for any length of time... How corruption has started. When it is going end, I do not know. But the life of a farmer is so precious... More than 6,000 farmers have committed suicide in the whole country," said Mr Gowda.