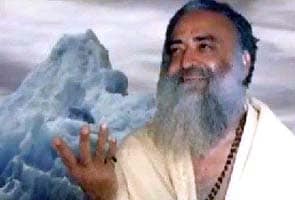 New Delhi: Spiritual leader Asaram Bapu has been booked for allegedly sexually assaulting a 15-year-old girl who has been staying in a hostel operated by the godman's trust in Jodhpur, after a complaint was lodged by the minor, Delhi Police said today.

The 15-year-old had submitted a written complaint against Asaram Bapu at Kamala Market police station in central Delhi on Tuesday evening.

The girl, who is from Shahjahanpur in Uttar Pradesh, has alleged in her complaint that she was molested by Asaram Bapu in his ashram in Jodhpur. She has also said that when her father brought her to Delhi to meet the godman at a camp earlier this month, he left without meeting them. Her father then lodged a complaint with the police.

Her father insisted that the case should be registered in Delhi as he feared that it will be suppressed in Rajasthan. A Delhi Police official said a case was registered but was later transferred to Jodhpur.

Asaram Bapu, who has a large following, was earlier in the news after Gujarat Police filed a case of attempted murder against him and two others. He was also accused of illegal land-grabbing in Gujarat and Madhya Pradesh.

Promoted
Listen to the latest songs, only on JioSaavn.com
After the December 16, 2012 gang-rape of a 23-year-old student in a Delhi bus, Asaram Bapu attracted much attention for his remark that the victim could have escaped rape if she had called her attackers brothers, and pleaded to be let off.