Asani: People living in low-lying and flood-prone areas in Andaman and Nicobar Islands have been evacuated 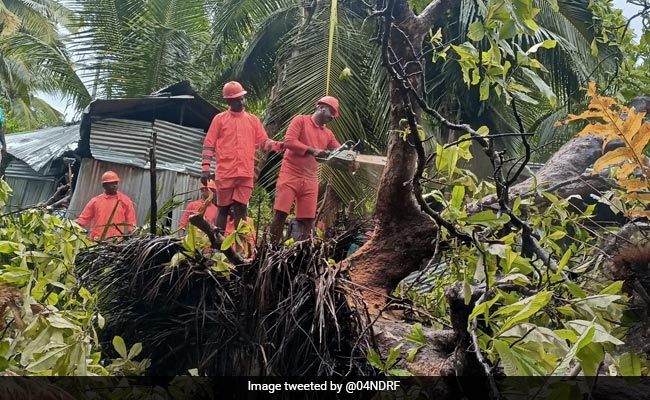 NDRF personnel in the Andaman Islands prepare for Asani

New Delhi: Heavy rain and strong winds swept across Andaman and Nicobar Islands today under the influence of a depression over the north Andaman Sea, which is likely to intensify into a cyclone - Asani - by evening, the weather office said.

India Gets Its Own Nasal Vaccine, Booster Costs Rs 800 Per Dose