As India Collaborates With Japan On Islands, It Looks To Check China 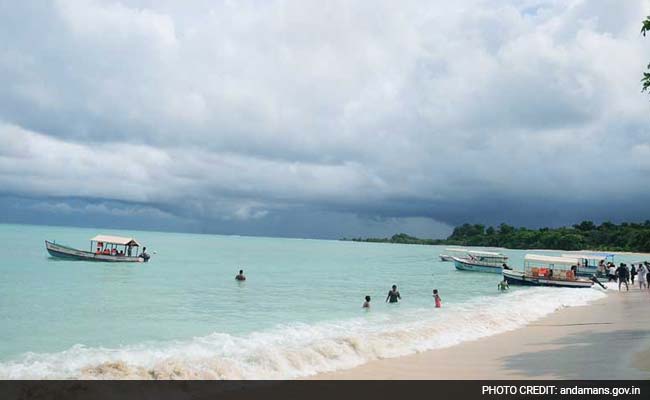 The Andaman and Nicobar chain is made up of 572 islands, all but 34 of them uninhabited, stretching around 470 miles north to south.

PORT BLAIR, India: India and Japan are in talks to collaborate on upgrading civilian infrastructure in the Andaman and Nicobar Islands, an Indian archipelago seen as a critical asset to counter China's efforts to expand its maritime reach into the Indian Ocean.

The first project being discussed is a modest one - a 15-megawatt diesel power plant on South Andaman Island, as described in a proposal submitted late last month to the Japanese Ministry of Foreign Affairs.

But the collaboration signals a significant policy shift for India, which has not previously accepted offers of foreign investment on the archipelago. The Andaman and Nicobar Islands are northwest of the Strait of Malacca, offering control of a so-called choke point that is one of China's greatest marine vulnerabilities.

It is also testimony to the unfolding relationship between India and Japan, which is also funding a $744 million road building project in the northeastern Indian border regions of Mizoram, Assam and Meghalaya. Like the Andaman and Nicobar chain, the northeastern region is a strategic area that has remained relatively undeveloped because of its separation from the mainland.

Japan's marshaling of official development assistance in the region has drawn less attention than the effort that China calls "One Belt, One Road," a network of roads, railways and ports intended to link China to the rest of Asia and to Europe. But it fits logically into the web of strategic projects taking shape as Prime Minister Narendra Modi of India enters into closer relationships with Japan, Australia and the United States, as well as regional powers like Vietnam, to counter China's growing influence.

A senior Indian official, who spoke on the condition of anonymity to discuss internal deliberations, said that China's project would be answered by "a more decentralized, local but organic response." The official described proposed infrastructure projects in the Andamans as "not of a big scale, and not of a big value," but added that New Delhi is intent on developing its "frontier" regions.

Japan's vision for contributions in the island chain goes far beyond the proposed power plant. The plan was submitted in Tokyo more than a year after Japan's ambassador made a visit to Port Blair on South Andaman Island and, in a meeting with the territory's top official, offered financing for "bridges and ports."

The Andaman and Nicobar chain is made up of 572 islands, all but 34 of them uninhabited, stretching around 470 miles north to south.

The islands' importance has increased along with China's naval expansion. The chain's location makes it an ideal base for tracking naval movements in the Strait of Malacca, a long, narrow funnel between Malaysia and Indonesia.
© 2016, The New York Times News Service

India and JapanAndaman and Nicobar Islands

"If It Crosses Critical Point...": Karnataka Expert's Warning On Omicron