Petrol and diesel prices have gone up by Rs 2.84 a litre and Rs 2.60 respectively since May 14 when the 19-day hiatus due to the Karnataka elections ended. 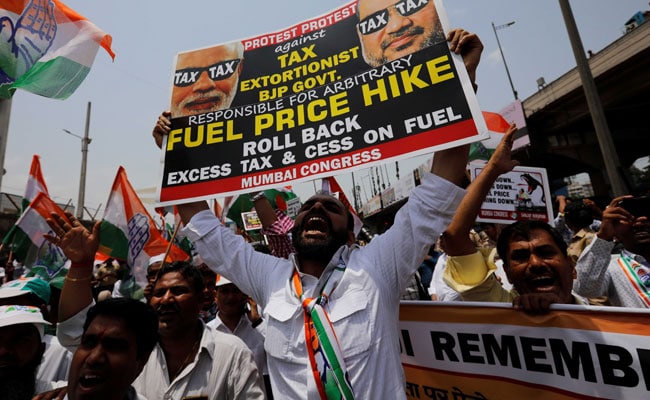 Congress has taken out protests against the fuel price hike.

New Delhi: The government is looking at both short-term and long-term solutions to the rocketing fuel prices, Oil Minister Dharmendra Pradhan said on Thursday as state-run oil companies increased rates for the 11th straight day. Prices of diesel and petrol in India have surged to a record high, stoking acerbic criticism from the opposition of Prime Minister Narendra Modi's administration for causing hardship to people.