As Doubts About Rahul Gandhi Grow, Leaders Wonder 'Who Will Bell The Cat?' 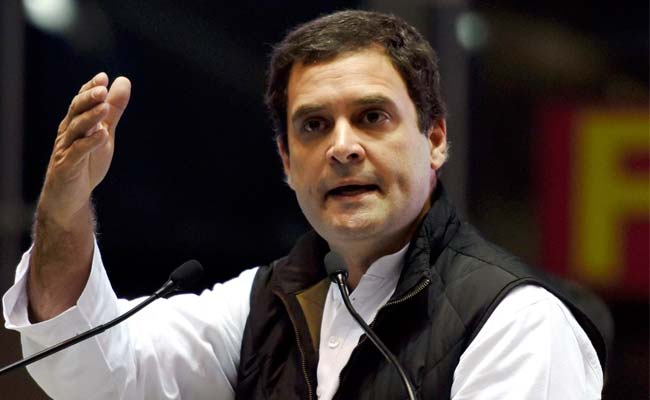 Rahul Gandhi has taken the lead to rebuild the Congress after the party's defeat in the 2014 Union polls.

New Delhi: The knives are out in the Congress party after it suffered another electoral debacle in the local elections of Maharashtra and Odisha. Officially, the party blames infighting and the lack of financial resources for its poor performance. However, senior leaders within the Congress party have now begun to question the abilities of party vice president Rahul Gandhi - albeit in hushed voices.

Sources say, they are waiting for the outcomes of the ongoing elections in five states before raising the pitch of those questions. The big question, as one senior Congress leader says, is "Who will bell the cat and question him?"

After the party's worst performance in the Lok Sabha elections in 2014, Rahul Gandhi has taken the lead and tried to rebuild and campaign for the party across the country. But the results have been far from encouraging. The party has been losing state after state and has been virtually wiped out across the country.

Promoted
Listen to the latest songs, only on JioSaavn.com
Senior leaders in the party say there is no gameplan or strategy put forth on how to take on the Narendra Modi-led BJP government. Leaders, who requested not to be named, say Rahul Gandhi's attacks have been a non-starter and the recent victory of the BJP in Maharashtra and Odisha will have its impact on the last phase of voting in Uttar Pradesh. They also feel the long-awaited reshuffle will really bring little to the table as accountability and performance have never been the yardstick for the Mr Gandhi's leadership. The demand will, now, once again focus on whether Rahul Gandhi will be made the Congress president and his sister, Priyanka Gandhi Vadra, play a more pro-active role.

Either way, the Gandhis are well aware that come March 11, any further political reversals will not only mean a big question mark on the Congress but particularly the abilities of party vice president Rahul Gandhi.