As Covid Deaths Rise, Thousands Of Children Have Lost One Or Both Parents

Thousands of children have lost one or both parents in the new pandemic wave ravaging India, where there were already millions of orphans. 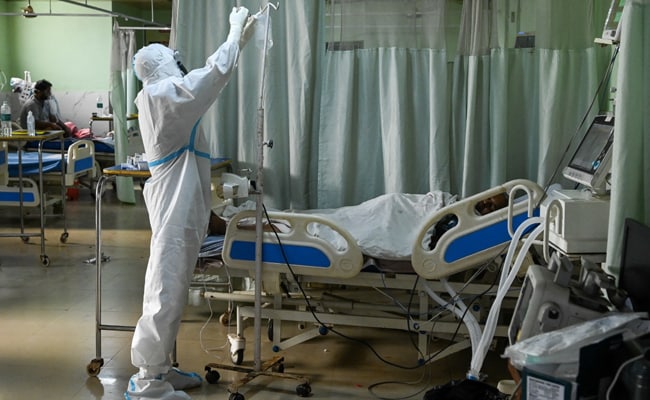 The pandemic is claiming thousands of lives a day. (File)

Three days after their father died of coronavirus, six-year-old twins Tripti and Pari were found sleeping next to their mother, unaware that she had also become a victim.

Thousands of children have lost one or both parents in the new pandemic wave ravaging India, where there were already millions of orphans. The prospect of a surge of abandoned minors worries many.

Tripti and Pari, whose names have been changed, are now being cared for by their mother's uncle, Ramesh Singh.

"I keep telling the girls their parents will come home soon," said Mr Singh, whose name has also been changed to protect the children's identities.

Their heartbroken mother refused to eat properly after her husband's death, which complicated her recovery from coronavirus, Mr Singh said.

When repeated knocks on the door went unanswered, relatives threw water on the girls from a window to make them open up.

They were taken away as doctors arrived to declare their mother dead.

While the twins are being looked after, the pandemic -- which is claiming thousands of lives a day -- is leaving others without a caregiver.

Such children "are not only living an emotional tragedy, they are at high risk of neglect, abuse and exploitation", said UNICEF India's chief Yasmin Haque.

In another case, media reported last month on a baby found next to its mother who had been dead for 48 hours and whose neighbours feared contracting the virus.

The official number of deaths due to the pandemic is more than 2,70,000 in India, though the real number is widely believed to be far higher with many people dying outside of the overwhelmed medical system.

"We don't know how many people are dying, let alone how many children are orphaned," said Akancha Srivastava, a cybersecurity expert who has launched a coronavirus helpline for children.

However online evidence points to a devastating scale.

Social media appeals are being made for breast milk and food for infants who have lost their mothers.

Some coronavirus orphans are also being put up for illegal adoption on social media.

Ms Srivastava said her helpline received at least 300 calls and messages in a day.

"Our authorities are overburdened, people are hassled. It's extremely easy in these circumstances to misassign a child to some trafficking racket or an adoption racket," she said.

According to the law, an orphaned child must be seen by a government official and is put in an institution if there are no relatives to look after them.

Smriti Irani, Union minister for women and child development, this month warned that unofficial approaches to adopting Covid-19 orphans are a "trap" and "illegal".

AFP received one message on WhatsApp offering a two-year-old girl and a two-month-old boy for adoption. "Brahmin children," the message said. The contact number has since been switched off and has been investigated by authorities.

Children whose parents have died or are sick have been reduced to selling vegetables on the streets, according to the Protsahan India Foundation, a child rights NGO.

"We're looking at a generation of children in extreme distress and facing severe trauma who will grow up to be broken adults," said Sonal Kapoor from the foundation.

She said children were bearing a far greater brunt in the latest pandemic wave, including cases of incest and sex trafficking.

"This is not the first time that children are being orphaned. But this time, the child has to face it alone ... there are inhibitions in even hugging a child in pain," he said.

Some civic society groups have urged parents to prepare a backup plan in case they fall sick.

For Tripti and Pari, at least, their mother's uncle is seeking to formally adopt them. "They had wonderful parents. I hope I'm able to help the girls fulfil their dreams," he said.