As Babul Supriyo Joins Trinamool, Congress Says Many In BJP To Quit Party

Babul Supriyo joined Trinamool today, just a month after saying he would quit politics and won't join any other party. 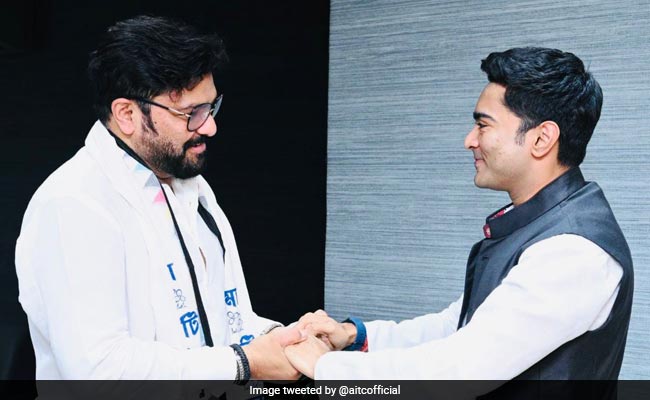 After former Union minister Babul Supriyo joined the Trinamool Congress, the Congress has taken potshots at the BJP, saying that many other leaders in the party will follow suit.

Mr Supriyo joined Trinamool today, just a month after saying he would quit politics and won't join any other party.

"Few times back, Babul Supriyo said that he would quit politics but now he has joined the Trinamool Congress. After the election result, in which TMC got a landslide victory, many BJP leaders are switching to the party. They were associated with BJP for posts and now the TMC has formed the government so they are drifting towards the TMC," Congress leader P L Punia said.

Maharashtra Congress chief Nana Patole echoed a similar sentiment. "BJP has a problem with its mentality and 'you reap what you sow'. Right now, Babul Supriyo left the BJP, in the future, you will see who all leave the party. Many BJP MPs will also leave the party," he said.

Earlier, Mr Supriyo had announced he was leaving politics and would also resign as an MP. He had stated that he would not join any political party.