The Aam Aadmi Party leader was in Amritsar to attend a wedding when he launched an attack on Mr Sidhu. 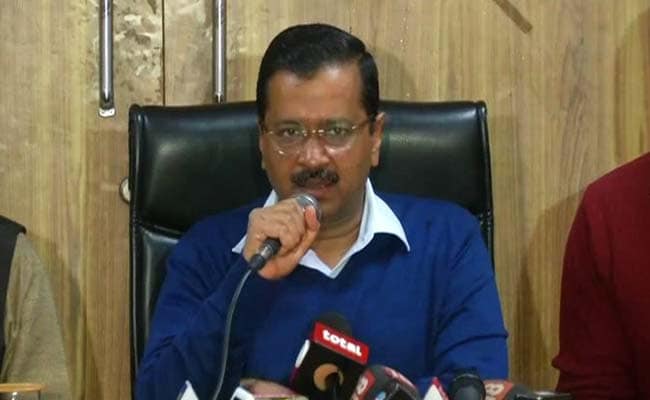 Navjot Sidhu, who calls Mr Khan his friend, had said that the entire country cannot be blamed for the Pulwama terror attack in which 40 CRPF soldiers lost their lives. He was panned for the comment by the opposition, and even his own party.

The Aam Aadmi Party leader was in Amritsar to attend a wedding when he launched an attack on Mr Sidhu.

"Sidhu's statement has hurt the sentiments of entire nation," Mr Kejriwal was quoted as saying by news agency PTI.

"It seems for Sidhu, friendship (with Khan) comes first and then the nation," he added.

A day after Mr Sidhu's party advised him to be in sync with public sentiments, his party colleague Digvijaya Singh took a swipe at him, saying, "Navjot Singh Sidhu ji, please make your friend Imran bhai understand," Mr Singh tweeted. "You are being abused because of him," he continued in another tweet.

Pakistan-based terror group Jaish-e-Mohammed has claimed responsibility for the Febraury 14 attack in which over 40 Central Reserve Police Force (CRPF) soldiers laid down their lives.

Pakistan Prime Minister Imran Khan on Tuesday said Pakistan will retaliate if India attacks. "All this 'attack Pakistan' talk is all keeping elections in mind. But if at all these are serious, please make note of one thing clearly - Pakistan will not think of retaliating, it will retaliate," he said.

"There will be no other option left with Pakistan," he added in a video message.