Aatish Taseer, the son of Indian journalist Tavleen Singh and the late Pakistani politician Salman Taseer, has become ineligible for an OCI card. 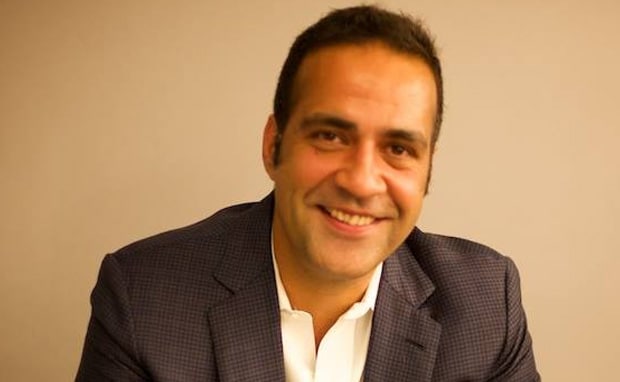 Aatish Taseer's mother was his sole guardian while he was growing up, he said (File Photo)

Arundhati Roy and Jeet Thayil were among the host of writers and academics who came forward on Friday to back their British-born colleague Aatish Taseer after the Indian government's decision to revoke his Overseas Citizen of India (OCI) status.

Aatish Taseer, the son of Indian journalist Tavleen Singh and the late Pakistani politician Salman Taseer, has become ineligible for an OCI card as it is not issued to any person whose parents or grandparents are Pakistanis and he hid this fact, a Union Home Ministry spokesperson had said.

While writer-activist Arundhati Roy termed the move "outrageous and dangerous", poet Jeet Thayil called it "a vindictive and unfortunate tactic" and politician-author Shashi Tharoor took a dig at the Indian government asking if it was "so weak that it feels threatened by a journalist".

"The government is using this threat as well as the threat of denying visas to foreign correspondents of international media outlets as well as independent scholars and journalists to try and manage the media," Arundhati Roy told PTI.

The decision comes seven months after Atish Taseer wrote an article titled "Divider-in-Chief" in TIME magazine on Prime Minister Narendra Modi. But the government has categorically denied a media report that suggested a link between the story and the decision.

"This is a vindictive and unfortunate tactic that will embarrass the BJP. Aatish is Indian, a Delhiite and a writer. By sending him into exile you are making him a lightning rod, a martyr, and providing material for more books. Exile is a writer's natural state," Jeet Thayil told PTI.

In an article in TIME, Aatish Taseer said he had lived in India from the age of two and had not met his father until he was 21. He was born out of wedlock and his mother was his sole guardian while he was growing up, he said.

Responding to the MHA spokesperson, the writer shared screenshots of an email interaction with the deputy consul general of India, and said he was barely given 24 hours to respond instead of the customary 21 days.

"It is painful to see an official spokesperson of our government making a false claim that is so easily disproved. It is even more painful that in our democracy such things happen...Is our Govt so weak that it feels threatened by a journalist?" Shashi Tharoor tweeted.

Expressing his solidarity for the "The Temple-Goers" author, award-winning US-based writer Amitav Ghosh retweeted a post by Ashok Swain, a professor of international studies at Sweden's Uppasal University that said, "You write against Modi, you cease to be an Indian!"

Historian and writer Ramchandra Guha was also critical of the government's move.

"A person who thinks that @AatishTaseer is a ''rabid Islamist'' either (a) cannot read; (b) has not read a single word that Aatish Taseer has written; (c) believes that only a ''rabid Islamist'' could ever be critical in any way of anything that Narendra Modi says or does," he wrote.

Writer and mythologist Devdutt Pattanaik also came out in Aatish Taseer's support with a couple of sarcastic tweets.

"I hope all Bharat Mata Tyagis who gave up Indian passport for $$$$ have documents to prove their fathers were Indians ....nahi to OCI chala jayega .... BMKJ," wrote.

In another tweet, he posted an image of Hindu goddess Sita with her two sons Luv and Kush.

"The forest would never reject Luv and Kush just because their father is king of Ayodhya," it read.

Non-fiction writer Ankur Bhardwaj, in his tweet referred to Saudi Arabian author-journalist Jamal Khashoggi, who was assassinated in the Saudi consulate in Istanbul in Turkey.

"A govt was so unhappy about a journalist/writer's criticism in international press that it took unbelievably strong action to quell it and send a message to others. I was talking about Jamal Khashoggi. What were you thinking?" the author of "Note by Note: The India Story 1947-2017" said.

Also on Aatish Taseer's side was journalist-writer Manu Joseph, who tweeted, "This is very silly of chowkidars most of whom will actually enjoy @AatishTaseer's ''The Twice-Born'', particularly the part where he suggests even the poor may have started searching for their Hindu identity."