Anshu Jamsenpa from Arunachal Pradesh climbed Mount Everest by its Southeast Ridge route on May 16. She repeated the feat on May 21, beating a record set by a Nepal's Chhurim Sherpa. 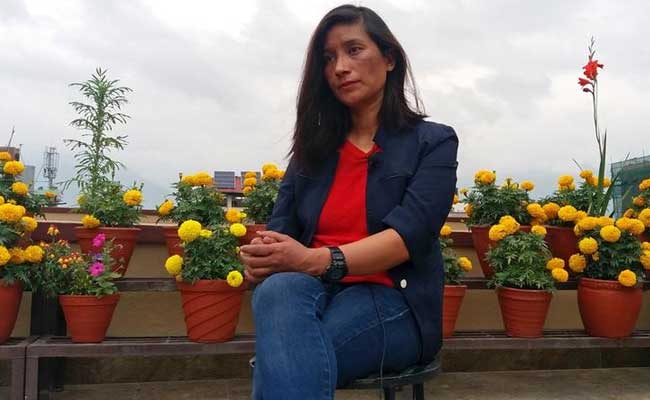 Kathmandu: A 38-year-old Indian climber who made the fastest double ascent of Mount Everest and became the first woman to reach the highest point on earth twice in five days, says she will now turn her attention to smaller unclimbed peaks.

Anshu Jamsenpa, from Arunachal Pradesh, climbed Mount Everest by its Southeast Ridge route on May 16. She repeated the feat on May 21, beating a record set by a Nepali woman, Chhurim Sherpa, who made the dual climb in seven days in 2011.

Both ascents are expected to be certified by the Nepali government this week, a tourism department official said.

A motivational speaker and trainer in mountaineering, Ms Jamsenpa said she felt an emotional attachment to Everest.

"When I go high up I rediscover myself and can realise the strength of my mind," she told Reuters in Kathmandu over the weekend after returning from the mountain.

Now she has a new goal - to summit Kangto, the highest peak in Arunachal Pradesh, which is 7,042 metres (23,103 feet) tall and has never been climbed, and other unclimbed peaks.

She said people had been telling her to take on the so-called seven summits, the highest peaks on the seven continents.

"But before that I want to climb other virgin peaks in the Himalayas," she said.

The mother of two began her expedition in April with a blessing from the Tibetan spiritual leader the Dalai Lama, who gave her a hug.

"That long hug had a magic," she said. "I could not tell him anything. I became speechless."