Accused Paras Singh had made the remarks on Arunachal MLA Ninong Ering for seeking a ban on re-launch of PUBG Mobile India's new avatar. 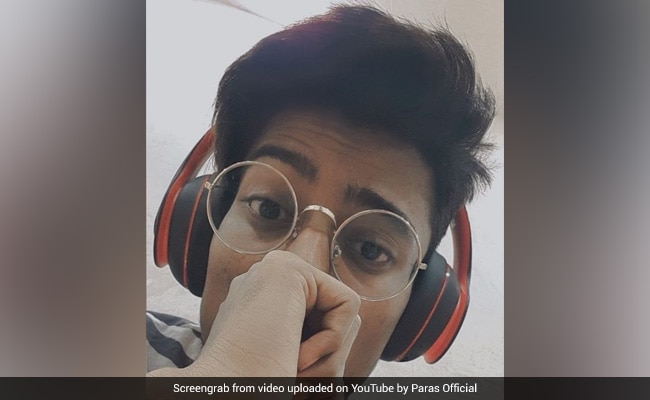 Paras Singh was angry with the Arunachal Pradesh MLA as a ban on the game would hit his income, cops said

An Itanagar court on Friday remanded YouTuber Paras Singh, arrested in Punjab for allegedly making a racial slur against an Arunachal Pradesh MLA, to police custody for one day.

Paras Singh, who was also charged with inciting ill will and hatred towards the people of the Northeastern state for his comments made in a video posted on YouTube, was brought to Arunachal Pradesh capital Itanagar on Thursday night from Ludhiana in Punjab.

The 22-year-old will be again produced before the court virtually on Saturday.

A senior police officer claimed that Paras Singh made the controversial comment to gain publicity and boost income through his channels on the video-sharing website which are monetised.

A Special Investigating Team (SIT) of the state police went to Ludhiana and secured a three-day transit remand from a court there to bring the accused to Arunachal Pradesh, a senior police official said.

In a video posted on Saturday on his YouTube channel dealing with mobile games, he had made certain comments on senior Congress MLA Ninong Ering and Arunachal Pradesh.

His remarks were regarding a letter written by Mr Ering to Prime Minister Narendra Modi, asking him to ban the re-launch of PUBG Mobile India's new avatar 'Battlegrounds Mobile India'.

Paras Singh, however, apologised for the comments in another video posted on Monday.

The state government on Monday filed a case against the YouTuber accusing him of making a racial slur against the MLA and inciting ill will and hatred towards the people of Arunachal Pradesh.

SIT SP Rohit Rajbir Singh said that Paras Singh earns money through two YouTube channels and one of them, with 3.94 lakh subscribers, exclusively deals with how to play PUBG.

In his letter to the PM, Mr Ering had claimed that the mobile game was aimed at deceiving the government and citizens and should be banned in the country.

The YouTuber was angry with Mr Ering because if the game is banned, his income will nosedive, the SIT chief said.

He made the controversial video also to gain widespread attention and get more views to increase his income which is around Rs 20,000-Rs 25,000 per month, the police officer claimed.

Paras Singh's other channel, which has 4.67 lakh subscribers, provides viewers information and tips on new dresses, weapons and skins of games like Call Of Duty Mobile and PUBG, he said.

A skin is a graphic or audio download that changes the appearance of characters in video games.

The 22-year-old accused has studied up to class 10 and lives with his mother. He earns money through his YouTube channel.

The YouTuber who was on the run since Monday was arrested the next day by Ludhiana Police.