3 Injured In Poll Violence In Arunachal, 40 Per Cent Polling Till 1 PM 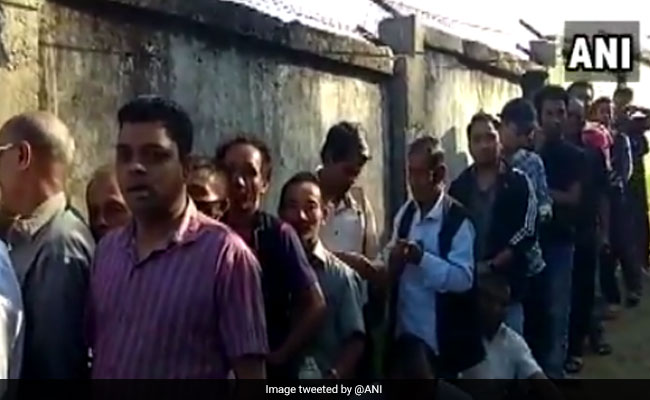 At least three persons were seriously injured in a clash between supporters of two rival political parties under Tali assembly constituency in Arunachal Pradesh's Kurung Kumey district during polling on Thursday, police said.

Polling personnel were not among the injured and voting was underway, an election official said.

The injured were evacuated by a chopper, Director General of Police (DGP) SBK Singh said.

The DEO, however, could not give details about the political parties whose supporters were involved in the clash as phone connectivity in the area is very bad.

"I got the information via wireless message and details are awaited," Mr Rai added.

Meanwhile, the voter turnout in the state was 40.34 per cent till 1 pm, Additional Chief Electoral Officer Kangki Darang said.

Appreciating the people for having turned up to take part in the democratic process, he said enthusiastic participation of the voters reflects their awareness and enthusiasm.

Khandu cast his vote at a polling station at Government Higher Secondary School at Momba in Tawang district, bordering China.

There were reports of EVMs developing technical snags from several districts but the election authorities replaced the machines immediately and voting was not disturbed, Deputy Chief Electoral Officer Liken Koyu said.

International Day Of Democracy 2021: Find Out Why Is It Observed