Arun Jaitley had sent a proposal to the Rae Bareli district administration to install 200 solar-powered high-mast lights from his MPLAD funds. 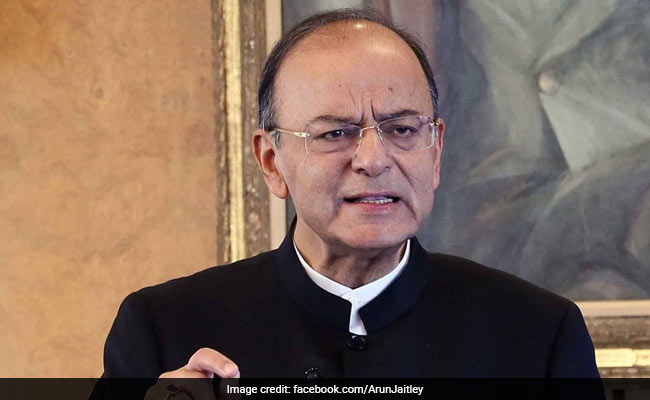 The letter by Arun Jaitley is dated July 30, days before he was hospitalised.

Barely a week before he was hospitalised, late Arun Jaitley had given a 'gift' to Rae Bareli, Congress Interim President Sonia Gandhi's parliamentary constituency in Uttar's Pradesh.

Arun Jaitley had sent a proposal to the Rae Bareli district administration to install 200 solar-powered high-mast lights from his MPLAD funds.

Under MPLADS, MPs can suggest to the District Collector to launch projects up to Rs 5 crore annually in their constituencies.

BJP leader Hero Bajpai said: "The recommendation was submitted to the Rae Bareli district administration on August 17, days before he died."

The letter by Arun Jaitley is dated July 30, days before he was hospitalised.

Rae Bareli District Magistrate Neha Sharma confirmed that she has received the recommendation.

"The project would be executed in coordination with District Rural Development Agency (DRDA). The areas where high-mast lights would be installed have already been identified. We will expedite the project. It was his wish to light up Rae Bareli before Diwali," she said.

In October last year, when Arun Jaitley announced his intent to spend MPLAD funds in Rae Bareli, it was seen as a move to breach the Congress bastion ahead of Lok Sabha elections.

The backwardness of the district, despite being represented by an influential political family, prompted him to choose Rae Bareli.

"Other than a concrete structure, the project did not take off. The proposal for the two projects were taken up by Arun Jaitely but could not pick up pace because of his ill health," said Bajpai.