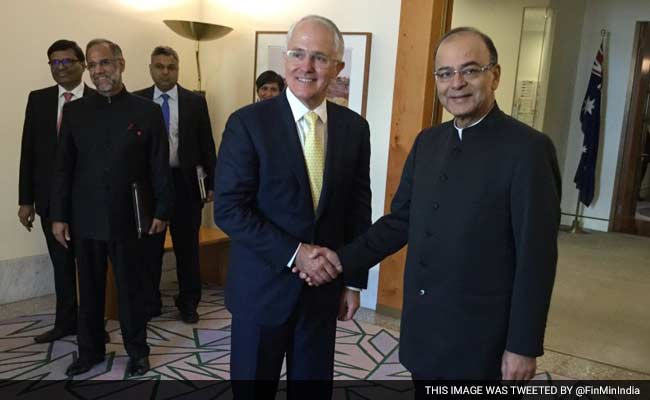 Melbourne: Finance Minister Arun Jaitley today met Australian Prime Minister Malcolm Turnbull as he highlighted the potential of the Indian economy to grow beyond the current rate of 7.6 per cent and the large scope for higher economic exchanges between the two nations.

During the meeting in Canberra, Mr Turnbull expressed interest in cooperating with India in renewable energy sector where Australia has expertise.

Mr Jaitley reached the Australian capital this morning after a two-day stay in Sydney where he inaugurated the 'Make in India' conference.

The Finance Minister is scheduled to address the K R Narayanan Oration series for this year at the Australian National University (ANU) later today.

In the evening, Mr Jaitley would also be attending a special reception organised by the Canberra-based Indian High Commission to be attended by Indian community leaders from several Australian cities.