Finance Minister Arun Jaitley has filed a defamation case worth Rs 10 crores against Delhi Chief Minister Arvind Kejriwal and other leaders from the Aam Aadmi Party for accusing him of corruption in Delhi's cricket body DDCA, which he headed for 13 years till 2013.
Dec 22, 2015 10:52 (IST)
Arun Jaitley will come through with flying colours like LK Advani did in Hawala case, PM tells BJP: Press Trust of India
Dec 21, 2015 18:52 (IST)
Maybe a lot of corruption, fraud took place during his (Arun Jaitley's) tenure and he didn't know about it: BJP's Kirti Azad to NDTV 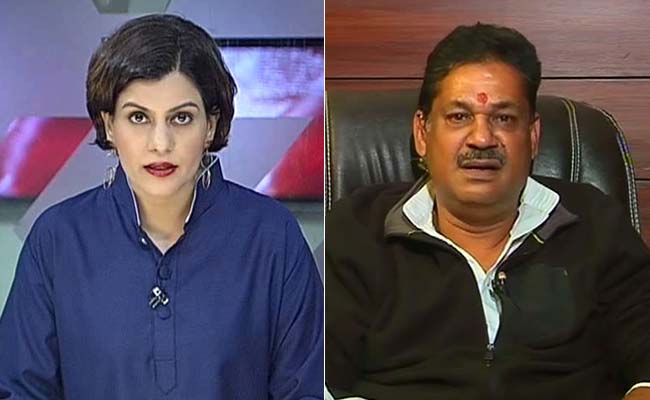 Feeling sad that defamation case was not filed against me: Kirti Azad to NDTV on alleged corruption in Delhi's cricket body
Dec 21, 2015 16:08 (IST)
Arun Jaitley Should Not Try To Scare Us, Says Arvind Kejriwal
Reacting on Twitter, Delhi Chief Minister Arvind Kejriwal said, "Arun Jaitley should not try to intimidate us with a case. Our fight against corruption will continue." 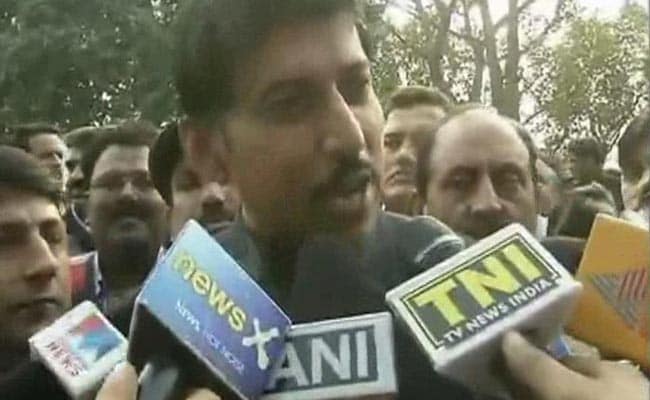 Dec 21, 2015 15:07 (IST)
Jaitley Helped The Poor, Says BJP
"The charges are baseless. We will fight this in the Courts and discuss it in Parliament also," Union Miniter Nirmala Sitharaman.

"We are here to support Jaitley, who has had a clean life and has helped the poor," Union Minister JP Nadda.
Dec 21, 2015 15:06 (IST)
'Ministers Dropped Work To File Case'
"It is unfortunate for the country that the people who should be doing government work are coming to register a case. Arun Jaitley did not need to take money from DDCA as he was getting money from the back door. Jaitley still hasn't replied to my five charges. We are people who are here to eradicate corruption, don't try to intimidate us," said Aam Aadmi Party leader Ashutosh.
Dec 21, 2015 15:04 (IST)
AAP Reacts To Arun Jaitley's Case In Court
"Today many cabinet ministers left government work to go to court to defend corrupt Arun Jaitley. He can fight by any means. We won't stop exposing the corruption that has been going on for 15 years. They cannot scare us. Kirti Azad has been raising his voice against Jaitley for 8 years, but that voice has always been suppressed. We are setting up commission of inquiry under Gopal Subramanium," said Aam Aadmi Party leader Sanjay Singh.
Dec 21, 2015 14:56 (IST)

Read: As Jaitley Sues Kejriwal For Defamation, Ministers, Top BJP Leaders With Him
In a packed courtroom, the minister said he "didn't take a single penny' from the DDCA or Delhi and District Cricket Association. His lawyer argued that AAP had caused irreparable damage to his reputation with false allegations.
Dec 21, 2015 14:52 (IST)
"Jaitley always exercised highest levels of probity"
"AAP has engaged in taking names and defaming. The AAP wants to pull them down. We have contended you can inquire but you cannot defame," says union minister Rajyavardhan Singh Rathore who was in the court with Arun Jaitley.

"Arun Jaitley has engaged in the highest levels of probity in his politics. Even in accusations, he has never taken names of people," he said. Dec 21, 2015 14:48 (IST)
Surrounded By A Sea OF Supporters
Flanked by top BJP leaders and a scores of party supporters Arun Jaitley left the court. 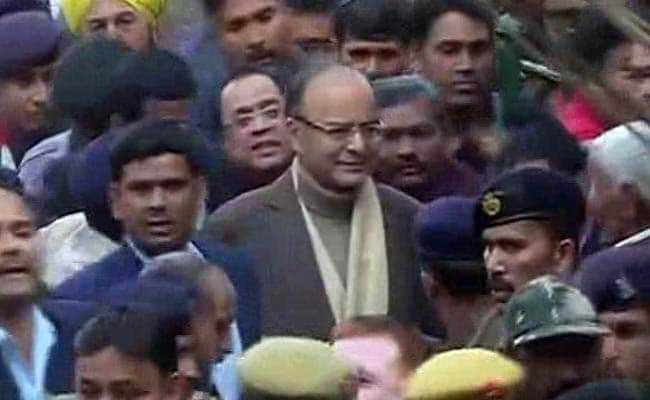 Dec 21, 2015 14:45 (IST)
In Court, Arun Jaitley Did Not Speak
While Arun Jaitley did not speak today, his lawyer Siddharth Luthra gave a timeline of accusations and charges levelled against him. He also contended that all APP leaders knew the repercussions of their statements, reports NDTV's Tanima Biswas. 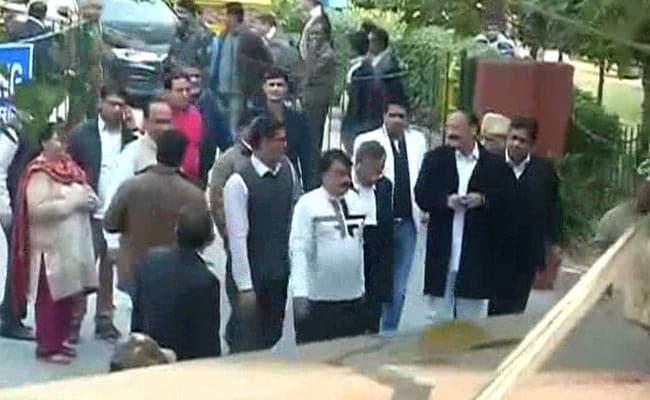 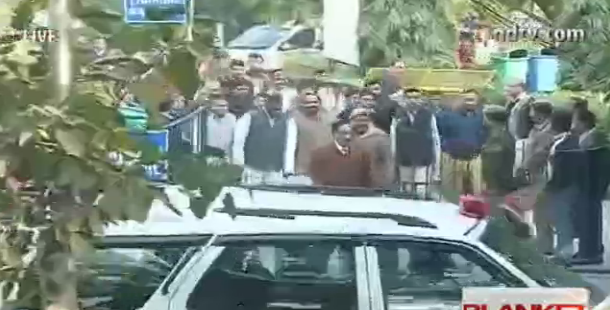 Dec 21, 2015 14:28 (IST)
'Counter-blast to CBI probe'
"They all had knowledge that the intent was to defame a man. This is a counter-blast, as a reaction to a CBI probe," said Mr Jaitley's lawyer Siddharth Luthra in court against AAP leaders. Also refers to posts on AAP leaders Twitter and Facebook.
Dec 21, 2015 14:25 (IST)
Outside Court, Anti-Kejriwal Slogans
A huge crowd of BJP supporters raise anti-Kejriwal slogans outside Delhi's Patiala House Courts.
Dec 21, 2015 14:24 (IST)
I should be sued too, says Kiriti Azad
"The truth will come out. Asked for SIT-monitored probe so that Opposition doesn't feel that government is influencing the probe. The DDCA issue is my issue, it is the issue of players. If anybody should be sued, it should be me," said BJP lawmaker Kriti Azad who has frequently taken on Mr Arun Jaitley over the corruption charges.

The minister's lawyer, Siddharth Luthra, gave the court details of tweets and comments made by AAP leaders against Mt Jaitley and has contended that they were all intended to damage his reputation and that of his relatives.

Dec 21, 2015 14:13 (IST)
Arun Jaitley to Record Statement
Finance Minister Arun Jaitley will record his statement in the case.
Dec 21, 2015 14:10 (IST)
Smriti Irani, JP Nadda accompany Arun Jaitley
Education minister Smriti Irani and Parliamentary Affairs Minister Venkaiah Naidu have accompanied Mr Jaitley to the court. A huge crowd of supporters have also gathered at the court.
Dec 21, 2015 14:08 (IST)
10 Crores in Damages
Mr Jaitley has demanded Rs 10 crores in damages in the row the erupted after a Central Bureau of Investigation (CBI) raid at the Delhi Secretariat. Arvind Kejriwal had alleged that the raid was done to protect Mr Jaitley and cover up his role in a scam at the DDCA.
Dec 21, 2015 14:03 (IST)
Arun Jaitley Arrives At Court
Finance Minister Arun Jaitley has arrived at Delhi's Patiala House Courts after filing a defamation case against Delhi Chief Minister Arvind Kejriwal and other leaders of the Aam Aadmi Party for accusing him of corruption in Delhi's cricket body DDCA, which he headed for 13 years till 2013.