Gujarat is the second most affected state due to coronavirus after Maharashtra with 7,402 COVID-19 cases and 449 deaths so far, Union Health Ministry data showed. 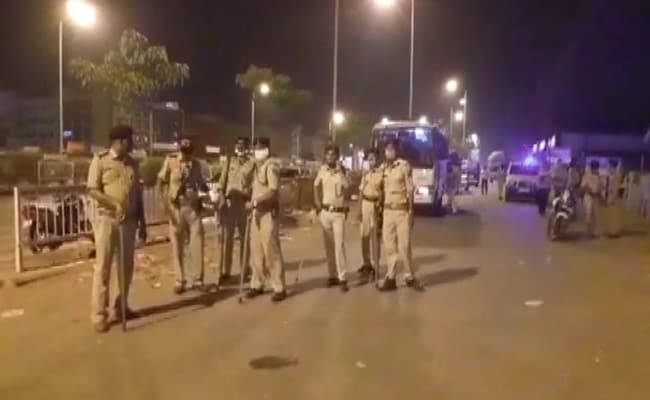 Migrant workers in Surat have been protesting sporadically since April, demanding to return home

Nearly 60 migrant workers were arrested on Saturday for protesting at the Hazira industrial area in Surat today demanding they be sent back to their respective states, among other issues.

"At around 8 am today, around 500-1,000 people gathered, demanding they be sent back to their respective states. Reasonable force was used, around 55-60 were arrested, and around 50-60 have also been detained," Surat Joint Commissioner of Police DN Patel said.

Mr Patel said that a group also came out to protest on May 8 with the same demands but we handled them but they returned to protest again.

"Yesterday too, some of them came outside to protest so we told them to make a list of people and they will be sent when their turn comes. We also informed the administration for an additional 5-7 trains for the migrant labourers," Mr Patel said.

He said that the police are also in touch with the contractors and telling them to make the labourers understand that they will be sent home and that they should await their turn.

According to the Union Health Ministry, Gujarat is the second most affected state due to coronavirus after Maharashtra with 7,402 COVID-19 cases and 449 deaths so far.

According to the Union Health Ministry, the total count of the country has reached 59,662 with 1,981 deaths.