Arnold Schwarzenegger and Rajinikanth to Share Stage in Chennai Today 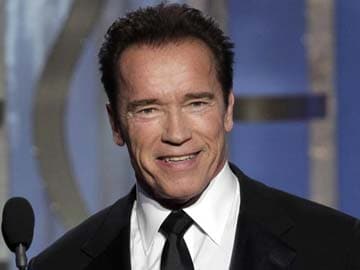 The audio launch will take place on Monday evening at the Jawaharlal Nehru Indoor Stadium, where the star of the "Terminator" film series, will share the dais with Tamil movie superstar Rajinikanth.

"Arnold arrived with his entourage this morning. He is expected to meet Tamil Nadu Chief Minister J Jayalalitha in the afternoon. His team had sent a special request for the meeting," a source from the film's unit, told IANS.

The audio launch will be a visual extravaganza.

"A.R. Rahman will perform all the songs from the album live. He will also be supported by dancers, who will perform wearing the actual costumes and make-up from the film. The show will go on for about two and a half hours," the source added.

Promoted
Listen to the latest songs, only on JioSaavn.com
Directed by Shankar, "I" also stars Amy Jackson, Suresh Gopi and Upen Patel in important roles. It will release around Diwali.