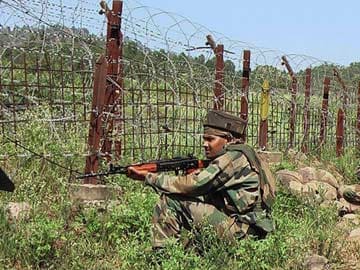 An Indian army soldier patrolling along the border (PTI photo)

Srinagar: An Army jawan and a woman were killed today in firing by Pakistani troops who violated the ceasefire along the Line of Control (LoC) in Uri sector of Jammu and Kashmir.

"There was a ceasefire violation around 1715 hours leading to the death of a soldier and a woman," an army officer said.

The ceasefire violation took place in Kamalkot area of the Uri sector along the LoC, Colonel Brijesh Pandey of the Information Warfare wing of the Army said.

He said the Indian Army responded appropriately to the violation.