General MM Naravane was received at the airport by Lieutenant General Prabhu Ram Sharma, CGS Nepali Army and officials of the Indian Embassy. 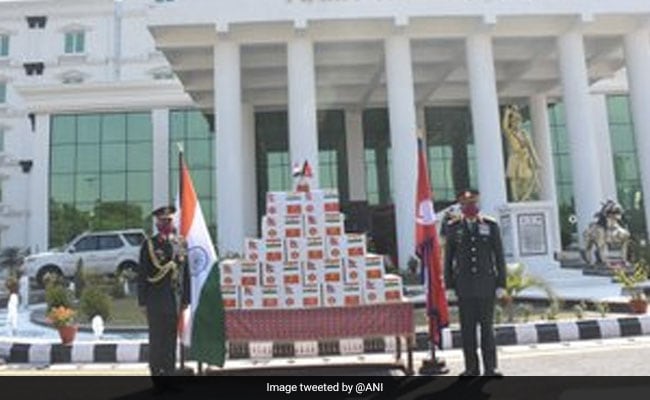 The batch of equipment was presented by Indian Army chief General MM Naravane, who is on the three-day visit to Nepal, according to a statement by the Indian embassy here.

General Naravane arrived in Kathmandu on Wednesday for a three-day official visit to Nepal, on the invitation of Nepali counterpart General Purna Chandra Thapa.

General MM Naravane was received at the airport by Lieutenant General Prabhu Ram Sharma, CGS Nepali Army and officials of the Indian Embassy.

In a ceremony on Thursday, General MM Naravane laid a wreath and paid homage at Bir Smarak (Martyr's Memorial) at Army Pavilion in Tundikhel, Kathmandu. He thereafter visited the Nepali Army Headquarters where he was accorded a ceremonial Guard of Honour.

This was followed by a meeting with his counterpart General Purna Chandra Thapa, during which both delegations discussed Army-to-Army relations and enhancing bilateral defence cooperation. He was also given a comprehensive briefing by senior officers of the Nepali Army.